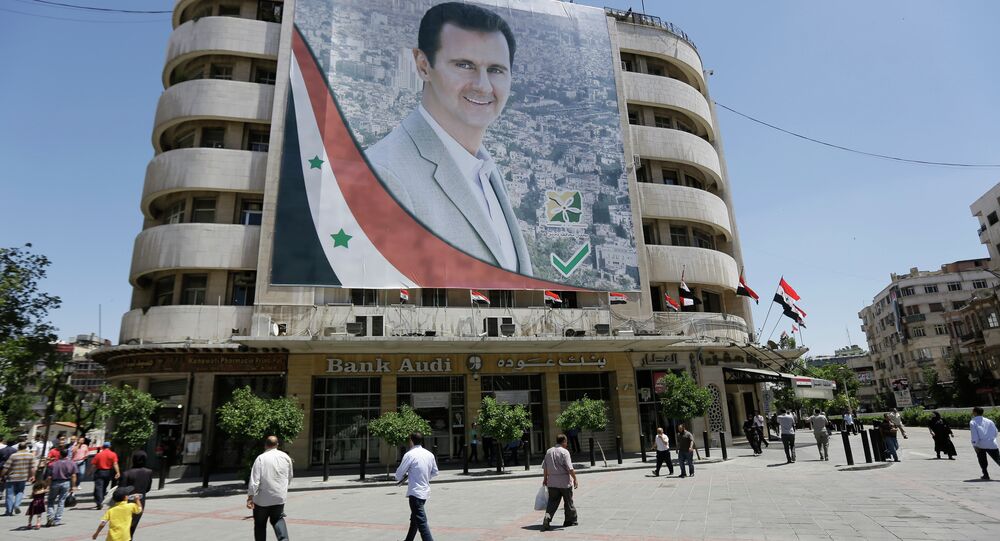 What if Washington Allowed Assad to Stop Syrian War?

The examples of Iraq in 2003, Libya in 2011 and the tragedy in Syria have illustrated clearly that acting in favor of those seeking to topple "repressive regimes" may result in massive destruction and heavy casualties, US scholar Peter Harris notes.

Peter Harris, Assistant Professor of Political Science at Colorado State University, poses the question whether US involvement in the Syrian war lessened casualties or brought reduction in fighting, stressing that Washington's geopolitical considerations trump "any consideration of how long the civil war might run on for."

"Of course, this is not to suggest that responsibility for ending the conflict rests with the United States. It does not. Rather, the point is to clarify whether US actions in Syria have been a help or a hindrance in terms of what most right-minded people might wish for Syria-that is, for the tide of human misery to be stemmed and for the country to be edged towards peace, stability, and ultimately a meaningful process of reconciliation and reconstruction," Peter Harris emphasized.

© AFP 2021 / Thomas COEX
In Bush's Footsteps: US Military Forces Get Bogged in Middle East
While US President Obama's critics are blasting the White House foreign policy course for the lack of clear and comprehensive strategy in the Middle East, the question remains open what should have been done instead?

Reviewing a number of alternatives, the scholar suggested that the "unspoken" and "unimaginable" one would have been to allow Syrian President Bashar al-Assad to win "a relatively quick and decisive war" against Syrian rebels in 2011. The Syrian president would have swiftly restored order in the country and even prevented the emergence of Islamic State.

Arguing with those who insist that the Obama administration should have better armed the so-called "moderate" Syrian rebels in the very beginning of the civil war, the scholar noted that there was no guarantee that the US lethal aid would have facilitated the ousting of al-Assad and replaced him with a "better government."

"Of course, the reality is that the United States was not motivated by a desire to bring hostilities to a swift conclusion during the initial phases of the Arab Spring. The United States backed Assad's opponents not because of their excellent chance of victory or even because of their liberal democratic credentials, but because they represented an alternative to a hostile regime with ties to Iran and Hezbollah," Mr. Harris emphasized.

© Sputnik / Vladimir Pirogov
12 Reasons Why US Does Not Want to Win Wars It Instigates Worldwide
The scholar underscored that Washington's geopolitical considerations in this case have outweighed other issues.

The US' previous military operations in Iraq and Libya have clearly demonstrated that the ousting "of even the most brutal dictators" can be hardly regarded as a universal modus operandi "for promoting human well-being."

The road to hell is paved with good intentions and "there are usually very real costs that flow from intervening in the affairs of others," the scholar pointed out.

© AFP 2021 / SAM SKAINE
Syrian Army, Hezbollah on a Roll Pushing ISIL, al-Nusra From Qalamoun
No matter how "sickening" it may seem, it is difficult to imagine that the current horrific state of affairs could have been better than Assad's victory over rebels.

It is useful to call attention to what the goals of foreign policy should be, the scholar emphasized. Should the US pursue "a carefully calculated national interest," or "spread American ideals by opposing tyrants and supporting reformers," or "reduce the aggregate level of suffering borne by people the world over"?

Whatever the answer would be, the United States should rationalize what goals it is pursuing in the Middle East.