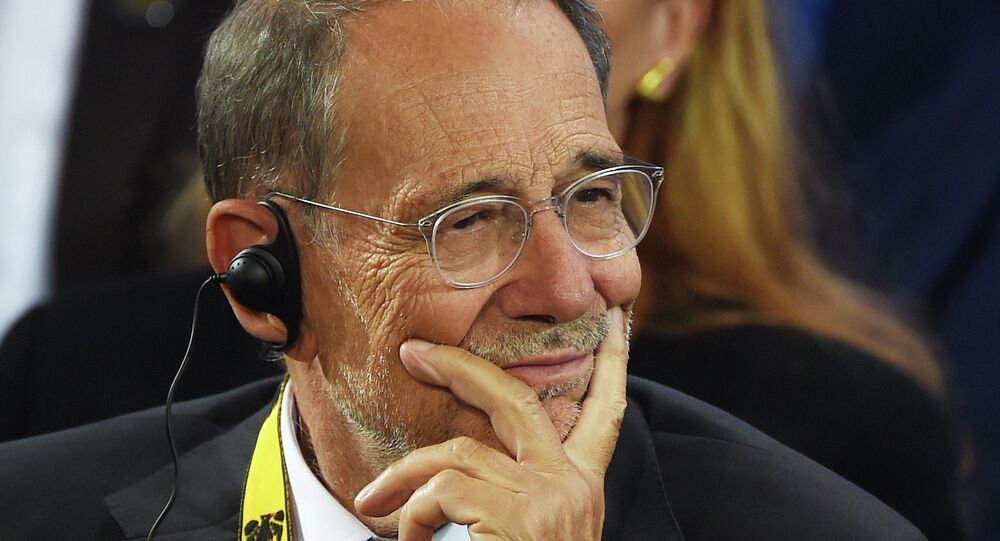 The West and Russia need a détente, said Javier Solana, the former Secretary General of NATO and the former High Representative of the EU for Foreign Affairs and Security Policy.

"Firstly, this is a situation in which we have to prevent escalation in every direction. Escalation means to make an inappropriate statement… This leads nowhere. We have to deescalate," Solana told Euroactiv.com in an interview.

Solana urged the EU to "open channels of communication" with Russia, shattered because of the Ukrainian crisis. In particular, the Spaniard stressed the importance of implementing the Minsk peace agreements in an attempt to find lasting peace in Ukraine.

© Sputnik / Vladimir Sergeev
EU Seeks to Avoid Further Deterioration of Relations With Russia
Russia's relations with Europe deteriorated dramatically in 2014 over the Ukraine crisis. The European Union, the United States and their allies imposed several rounds of economic sanctions against Russia, citing the country's alleged role in the ongoing Ukrainian armed conflict.

Moscow has repeatedly denied any involvement in the Ukrainian internal conflict and expressed readiness to resume dialogue and cooperation with its European partners on terms of mutual respect.