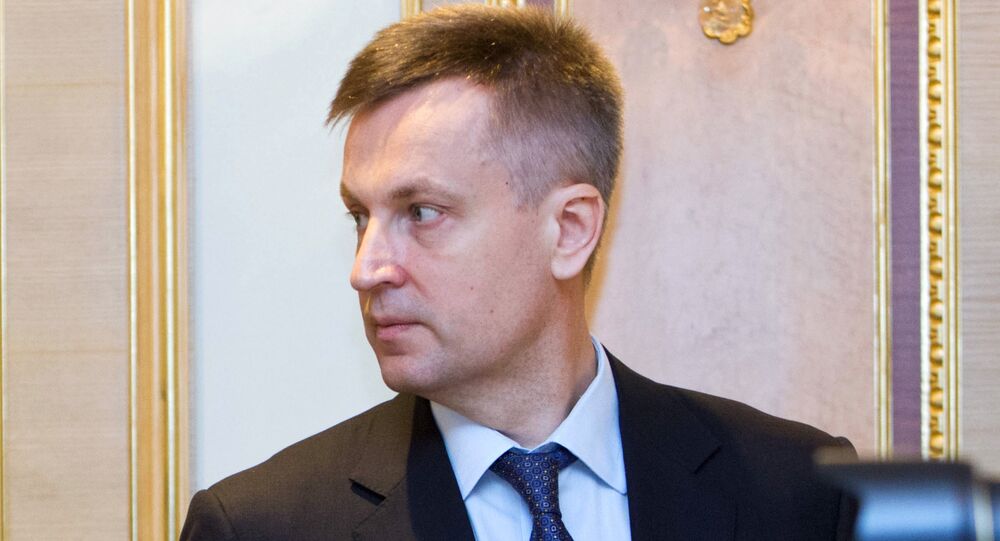 WASHINGTON (Sputnik) – The head of Ukraine’s security service (SBU), Valentyn Nalyvaichenko, cancelled his trip to Washington, DC where he was scheduled to address the conflict in Ukraine at the Center for Strategic International Studies (CSIS), according to a Tuesday update from the Washington-based think tank.

“Mr. Valentyn Nalyvaichenko has had to postpone his visit to Washington,” CSIS reported.

© AFP 2020 / Alexander Khudoteply
SBU Head Wants to Model Security Service on WW2-Era Ukrainian Nationalists
The announcement was made just one day before the SBU head was scheduled to discuss the implications of the ongoing Ukraine crisis on the future of the country’s security and defenses.

A CSIS representative told Sputnik she was not given any further details why Nalyvaichenko cancelled his trip.

The Kyiv Post reported on Monday that a representative from the SBU met with US lawmakers this week to deliver “evidence of Russian armed aggression” in the conflict.