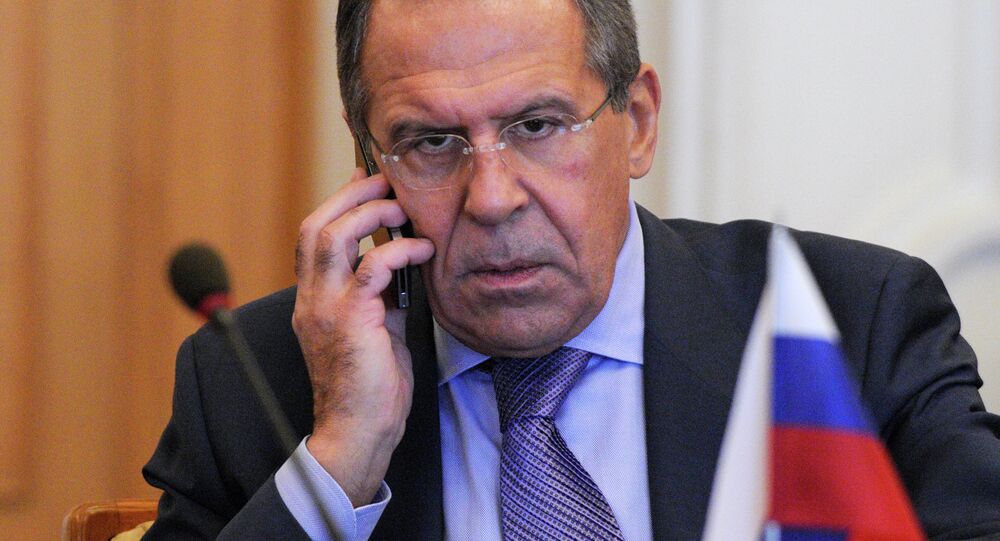 The Department of State announced that Kerry and Lavrov discussed the current situation Syria and Yemen among other issues during a phone conversation on Monday.

WASHINGTON (Sputnik) — US Secretary of State John Kerry and Russia's Foreign Minister Sergei Lavrov discussed the current situation Syria and Yemen among other issues during a phone conversation on Monday, the Department of State announced in a release.

"They [Kerry and Lavrov] also discussed Syria, Iran, Yemen and the Arctic Council," the release read.

The State Department noted that Kerry urged Russia to use the upcoming meetings of the Trilateral Contact Group and its working groups on Ukraine to accelerate progress on implementing the Minsk agreements.

© Sputnik / Eduard Pesov
Lavrov, Kerry Discuss Ceasefire Violations, Shelling in East Ukraine
Syria has been engulfed in turmoil since the 2011 anti-government protests erupted into a full-scale civil war. A number of military groups, including Islamist extremist organizations like the al-Nusra Front and the Islamic State, are attempting to oust the government of President Bashar Assad.

Yemen has been in a state of turmoil since 2014, when opposition Houthis captured the capital Sanaa, prompting President Abd Rabbuh Mansur Hadi and the government to flee the country.

Since late March 2015, a Saudi Arabia-led coalition of mostly Arab countries has conducted airstrikes against Houthi positions in Yemen. In April 2015, the coalition said it was halting its military operation, but it continued the airstrikes.