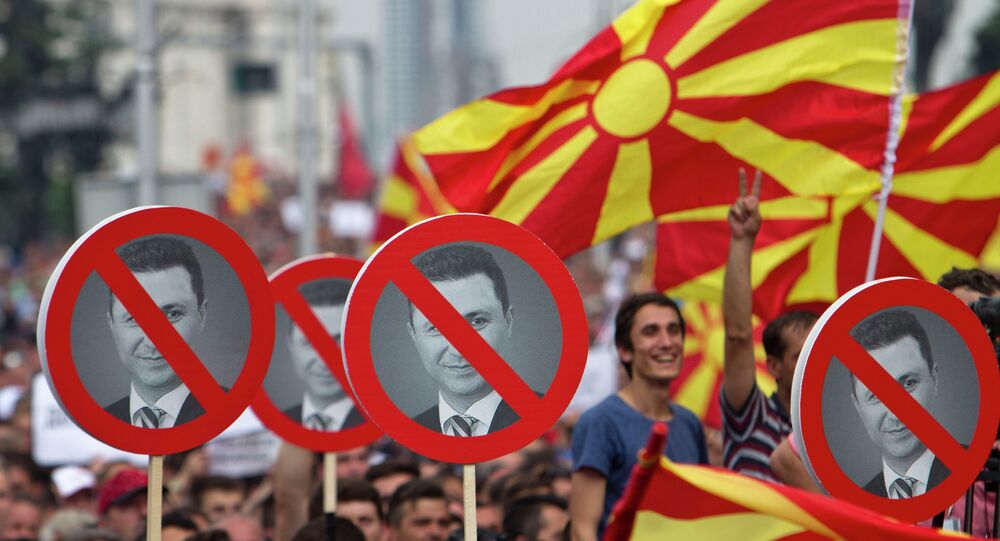 Macedonia continues to go through a political crisis, after Commissioner for European Neighborhood Policy and Enlargement Negotiations Johannes Hahn and the leaders of the four main political parties in Macedonia failed to reach an agreement on settling the crisis earlier this week.

Western media claims that Nikola Gruevski, the current Prime Minister of Macedonia, created the crisis that puts his government at risk, EUobserver reported.

Recently, Gruevski was accused of mass illegal surveillance, election fraud, as well as abuse of the country's justice system and media.

Now the European Commission wants to send the government in Skopje a list of tough rule-of-law reforms. If Gruevski doesn't react and there is no action taken by his government, the Commission will stop backing Macedonia's EU entry talks, EUobserver said.

Macedonia has been a candidate country for EU accession since 2005. However, negotiations haven't made any significant progress and there are many obstacles that stand in the way.

Zaev wants Gruevski to step down in October so that a technocratic government can prepare fair elections. According to Zaev, if Gruevski doesn't step down, he will rig the new elections in 2016, EUobserver said.

Gruevski, on the other hand, said the majority of Macedonians support his government and if the elections were held today, his party would win them easily.

Macedonia has been mired in political crisis since the elections in April 2014. The opposition blames the government of current Macedonian Prime Minister Nikola Gruevski for the country's social and economic problems, aggravated by corruption.

In May, opposition groups staged mass anti-government protests in the Macedonian capital of Skopje that drew thousands of demonstrators.