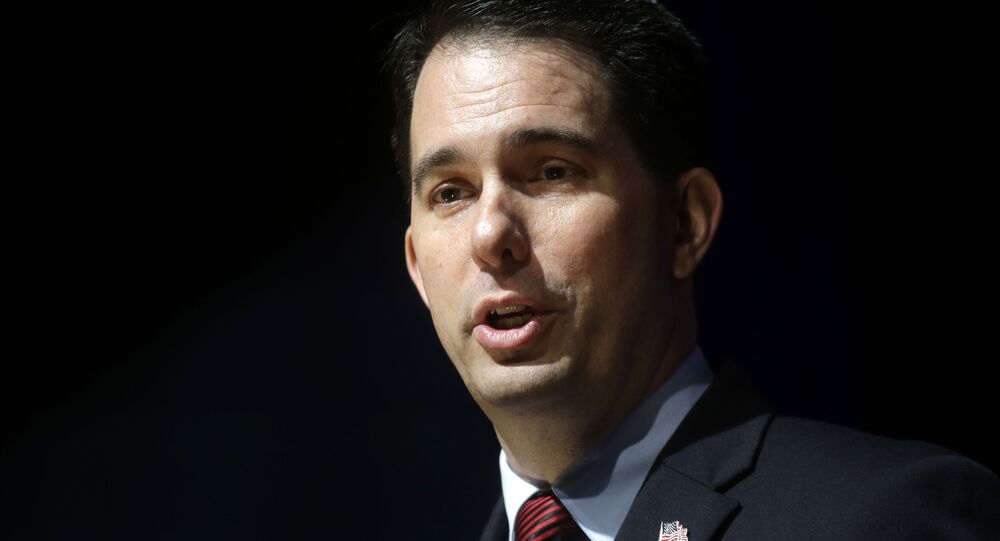 The United States should not broker a nuclear deal between the P5+1 countries and Iran because government of the Islamic republic seeks America’s destruction, US presidential candidate Scott Walker said on Twitter.

WASHINGTON (Sputnik) — On Friday, a meeting of political directors from Iran and the P5+1 group of countries concluded in Vienna, Austria. The deadline for reaching a comprehensive agreement on Iran’s nuclear program is set for June 30, 2015.

It's dangerous to cut deals with & trust regimes that openly call for our destruction, oppress their own people, and kidnap Americans. —SKW

In April 2015, Iran and the P5+1 group of countries, comprising the United States, China, France, Russia, the United Kingdom and Germany agreed with Iran on a framework deal to permit Tehran a peaceful nuclear program and gradually remove all economic sanctions.

Iran agreed to cut back uranium enrichment activities and decrease its number of centrifuges in exchange for sanctions relief.

However, Walker said Obama had abandoned Iranians battling for democracy in his quest to achieve for a nuclear deal with the country’s authoritarian rulers.