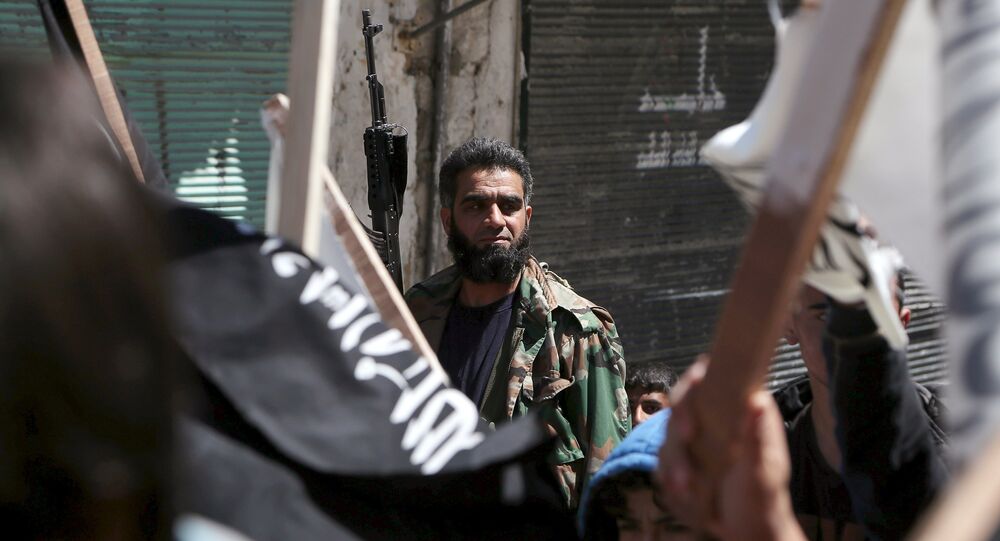 The slaughter of 20 Druze minorities in Syria at the hands of the al-Nusra Front this week undermines the terrorist group’s pledge to avoid sectarian violence, US State Department spokesperson Jeff Rathke told reporters.

WASHINGTON (Sputnik) — On May 27, 2015, during an exclusive interview with the Qatar-based Al Jazeera media outlet, al-Golani claimed that the al-Nusra Front had no intention of targeting the West or religious minorities and was only interested in overthrowing the regime of Syrian President Bashar Assad.

In 2012, the US State Department designated the al-Nusra Front as a terrorist organization while the UN blacklisted the group in 2014 as an alias of al-Qaeda in Iraq.

“We [the United States] condemn the Nusra Front’s attack June 10 against a Druze village in Idlib. Contrary to Nusra leader [Abu Mohammad] al-Golani’s recent claim that Nusra would not harm religious minorities, this terrorist group has shown once again that it continues to commit a range of crimes against the Syrian people.”

© Flickr / André Gustavo Stumpf
US Combat Jets for Lebanon Useless Against Terror - Former Lebanese Gen.
The Al-Nusra Front, also known as Jabhat al-Nusra, was established in January 2012 and is part of an umbrella group called the Army of Conquest, which cooperates with more moderate Islamic Syrian factions against the Syrian army, as well as with the Islamic State.

Saudi Arabia, Qatar and Turkey are key backers of the Army of Conquest, which in April and May of 2015 made advances in the Idlib province and toward the Alawite homeland of Latakia, a bastion of support for the Syrian regime.

Syria has been embroiled in a civil war since 2011 between the government of President Bashar Assad and many insurgent groups, including the al-Nusra Front and the Islamic State.

Russia has repeatedly stated that Bashar Assad is the legitimate president of Syria, and that only the people of Syria should choose their government and leaders.