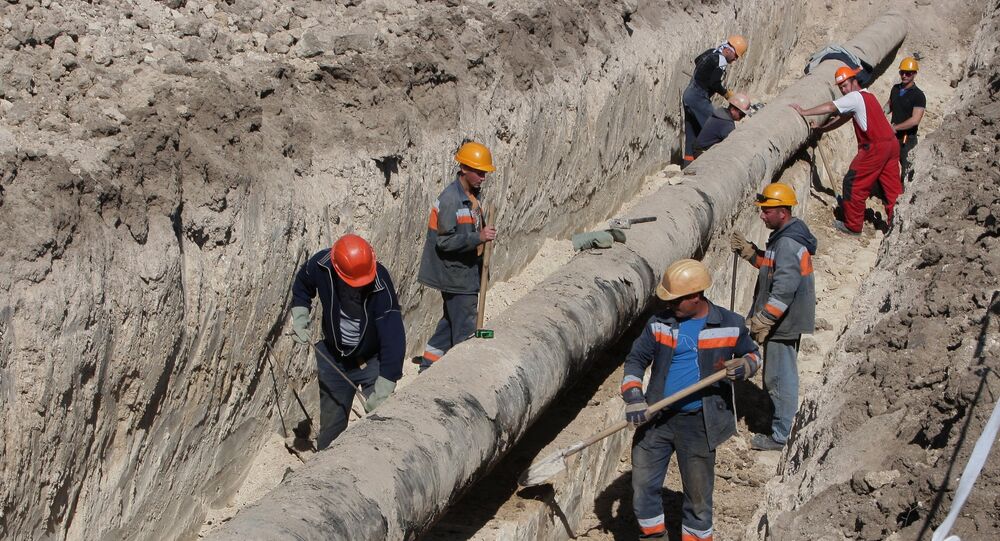 Athens hopes to sign a framework agreement with Moscow on the construction of a gas pipeline to bring Russian natural gas to Greece and beyond at the International Economic Forum in June, Greek Energy Minister Panagiotis Lafazanis told RIA Novosti Thursday.

ATHENS (Sputnik) — Lafazanis is set to attend the International Economic Forum in St. Petersburg on June 18-20, being member of the Greek delegation headed by Prime Minister Alexis Tsipras.

"It is highly likely that the document will be signed. It will be a framework agreement," Lafazanis stated.

Tsipras is also due to hold a meeting with Russian President Vladimir Putin on the sidelines of the forum.

Moscow and Athens are currently on the last lap of the negotiations on the Russian gas deliveries to Europe through the Turkish stream pipeline's extension to Greece.

The proposed pipeline will cross Turkey to a gas hub on the Turkish-Greek border from where it is planned that the Russian gas will be supplied to consumers in southern Europe.

Gazprom, Turkey's Botas Agree to All Conditions on Gas Deliveries