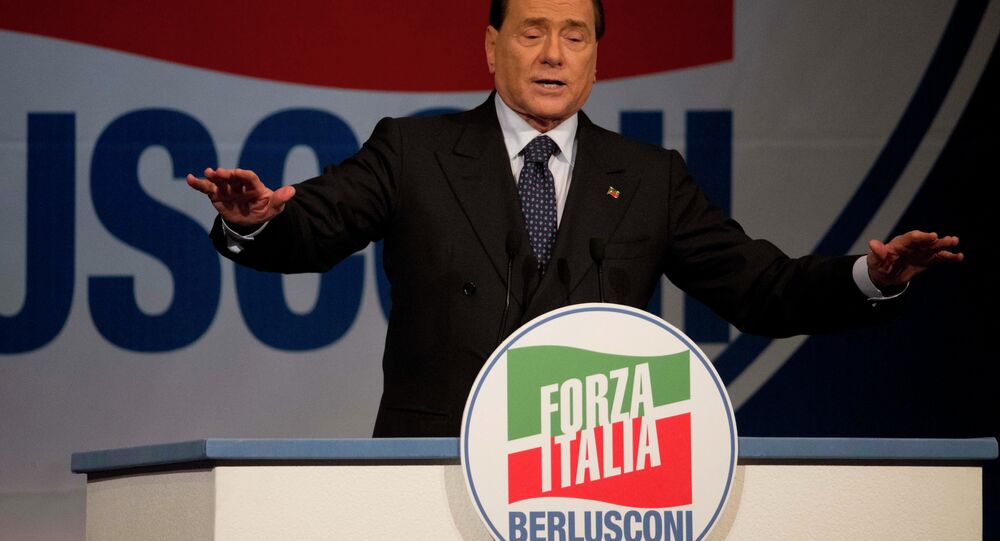 Members of the Italian parliament from the Forza Italia party, led by former Prime Minister Silvio Berlusconi, put forward a draft resolution calling on the government to lift restrictive measures Italy and other Western countries imposed on Russia in 2014.

Renato Brunetta, heading the Forza Italia parliamentary group, posted a photo of the announcement on Twitter.

"We believe that sanctions have a negative impact. This is a game with no winners: the European Union is losing, Russia is losing, we are missing an opportunity to provide international security and tackle Islamic terrorism together," Brunetta told Sputnik.

© Sputnik / Vladimir Pesnya
'In Kind Principle': Kremlin Vows Response to Any New Western Sanctions
Earlier, the Italian economist, who served as the Minister for Public Administration and Innovation from 2008 until 2011, said that Italy had to act as a bridge between the European Union, the United States and Russia.

Forza Italia's announcement comes a day after Berlusconi's meeting with Russian President Vladimir Putin in Rome. The former Italian prime minister pledged to introduce an initiative aimed against the anti-Russian sanctions that are damaging Italy's interests and resulting in significant financial losses.

Berlusconi's party seeks to urge the country's authorities to call on other European member states to lift sanctions as well and convince the United States that the return to the Cold War atmosphere was impossible.

"The situation in the world has worsened. The friendly atmosphere Berlusconi created during the G8 summit in 2002 is gone. We risk returning to the Cold War, imposing new sanctions, which will surely have negative consequences. The Cold War is unacceptable but this is where the sanctions lead," Brunetta said.

The politician hopes that Forza Italia's resolution will be discussed in the near future and the Italian parliament will be able to make a decision before the European Council summit slated for June 25-26.

"We think that the majority of the right-wing parties will support us. We would also like to see whether there are enough votes for such an initiative in the parliament," Brunetta told Sputnik, adding that Putin's visit to Italy improved these chances.

"[Putin's] meeting with the pontiff was also very significant. I think that conditions in Italy are favorable to finally solve this issue," the economist said.