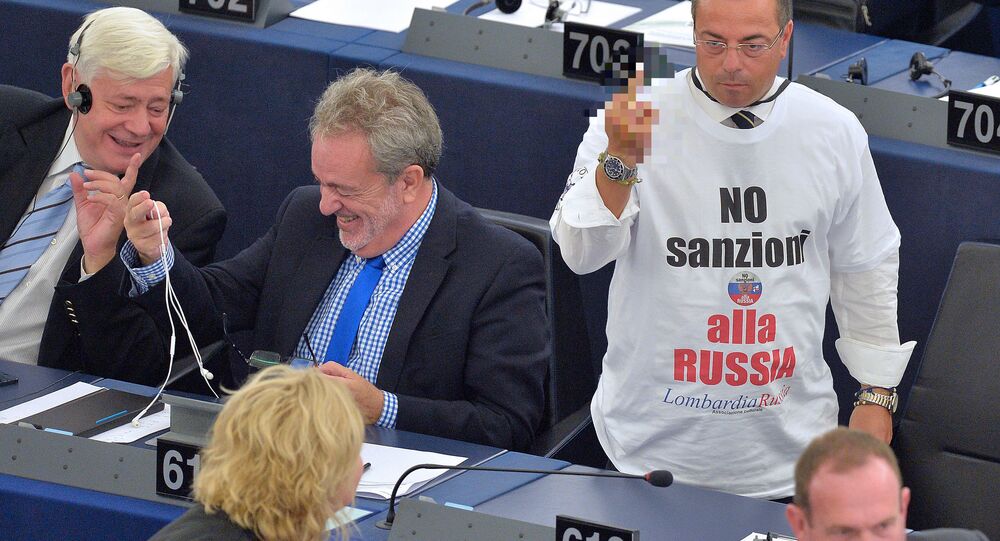 Eight or nine EU countries speak against the anti-Russia sanctions and their prolongation, a senior Russian lawmaker said.

"We know that around a third, 8 or 9 European states, speak against the expansion of sanctions against Russia, and also against their prolongation," Pushkov said, highlighting Austria, Hungary, Italy, Greece and Slovakia.

Pushkov observed that a group of countries comprising a third of Europe is a legitimate opposition to European Union policy.

The Kremlin has repeatedly denied its involvement in the Ukrainian conflict, calling the sanctions counterproductive and potentially hurting European economies more than Russia.

G7 Nothing More Than Club of Washington's Friends

Without Russia’s participation, the G7 group lost its relevance, becoming nothing more than a club consisting of friends of the United States, Alexei Pushkov said.

“The West is isolating itself… The G7 is yet another Western alliance… a club of friends of the United States,” Pushkov told journalists.

Earlier in June, Germany hosted the annual G7 conference. The format was previously known as G8, when it included Moscow. However, Russia was expelled from the group, as the West accused the country of fueling the conflict in eastern Ukraine and did not recognize Crimea's reunification with Russia.

© AP Photo
Russia is Lucky Not to Be Part of G7 – French Media
According to the Russian lawmaker, the United States has hurt their foreign policy opportunities by banning Moscow from participating in the group.

“The G8 was an instrument through which the states of the Western alliance could exert additional pressure on Russia, could influence its position. Now this ability no longer exists,” Pushkov added.

On Monday, Russian President Vladimir Putin compared the G7 to a “hobby club” noting that the group has shown a lack of interest toward any alternative views.

The number of formats for cooperation between Moscow and Western nations is declining, Alexei Pushkov said.

© AP Photo / Geert Vanden Wijngaert
German Politicians Want Putin at G7 Summit
"The G8 format no longer exists. And [prospects for] its resurrection looks bleak," Pushkov said, adding that the United States saw the G8 not as an instrument for cooperation with Russia but to pressure the country.

The lawmaker went on to say that Russia's participation in the work of the Parliamentary Assembly of the Council of Europe (PACE) has been likewise limited. PACE suspended the Russian delegation's voting rights in spring 2014, in response to Russia's reunification with Crimea.

Pushkov concluded that EU-Russia cooperation has also effectively been eliminated. Russia "has never stated that it wants to cease its strategic partnership with the European Union," he said, adding that the situation has been brought about at the initiative of EU countries.

Following the deterioration of relations with the West over Ukraine, Russia boosted its ties with Latin American, Asian and African partners, including within the BRICS format.

"Yes, the BRICS countries will surpass the G7 states because the gap now is only $2.2 trillion [in the combined GDP]," Pushkov said at a press conference.

Pushkov stressed that G7 leadership would not last longer than three years.

According to the International Monetary Fund, the G7 states' combined GDP is estimated at $34.7 trillion, while the economies of BRICS countries – Brazil, Russia, India, China and South Africa — are said to be worth $32.5 trillion.

The upcoming BRICS summit is due to be held in the Russian city of Ufa on July 9-10.