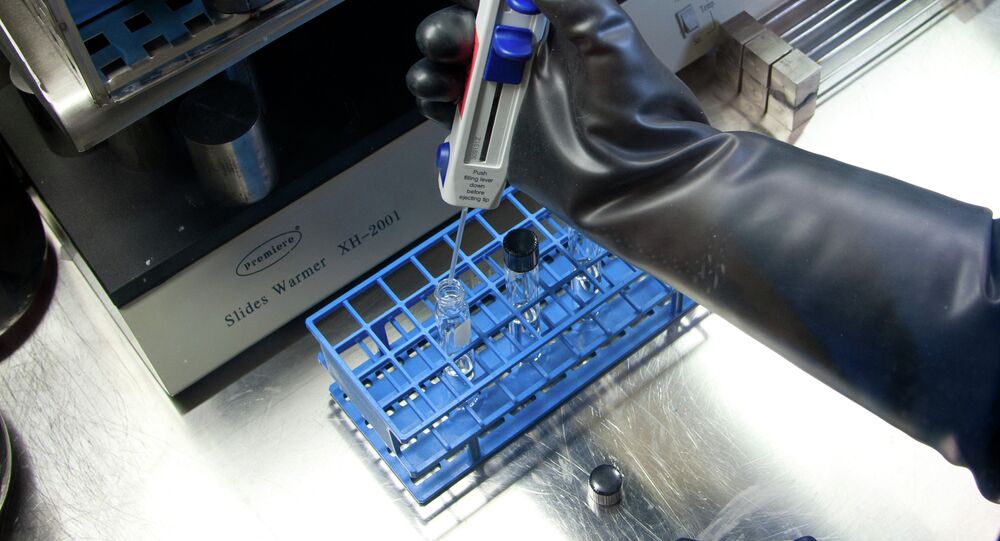 Washington is trying to conceal the work of its military medical-biological facilities located close to the Russian borders.

MOSCOW (Sputnik) – Moscow is extremely concerned over the US deployment of medical-biological laboratories near the Russian border, the Russian Foreign Ministry said in a statement Thursday.

The Foreign Ministry said that the US Richard G. Lugar Public Health Research Center in Tbilisi, Georgia, is a high level biological isolation laboratory. The laboratory is overseen by the US Defense Threat Reduction Agency.

Moscow says that a branch of the Walter Reed US Army Medical Research Institute is operating under the Lugar Research Center’s roof.

“The US and Georgian authorities are taking efforts to cover the true contents and direction of their activity in the US Army’s military branch, which is studying especially dangerous and infectious diseases. The Pentagon is trying to camouflage its military medical-biological facilities in other CIS countries,” the statement continues.

© AFP 2021 / GENYA SAVILOV
NATO to Boost Ukrainian Military Medical Assistance
The activities of Pentagon in the spheres linked directly to the Biological and Toxin Weapons Convention (BTWC) are being carried out amid the “obvious lack of interest” from Washington toward strengthening this convention, the ministry said.

It was the United States that in 2001 “unilaterally wrecked the Geneva multilateral talks” that were aimed at creating a verification mechanism for the BTWC and has since then created every obstacle for their resumption, the statement noted.

The BTWC prohibits the development, production, and stockpiling of biological and toxin weapons. The document was opened for signing in 1972 and currently has 173 signatories. The convention has no formal verification procedure that would allow monitoring the adherence to its provisions.

US Calls on Vatican to Toughen Anti-Russia Stance Inadmissible - Kremlin