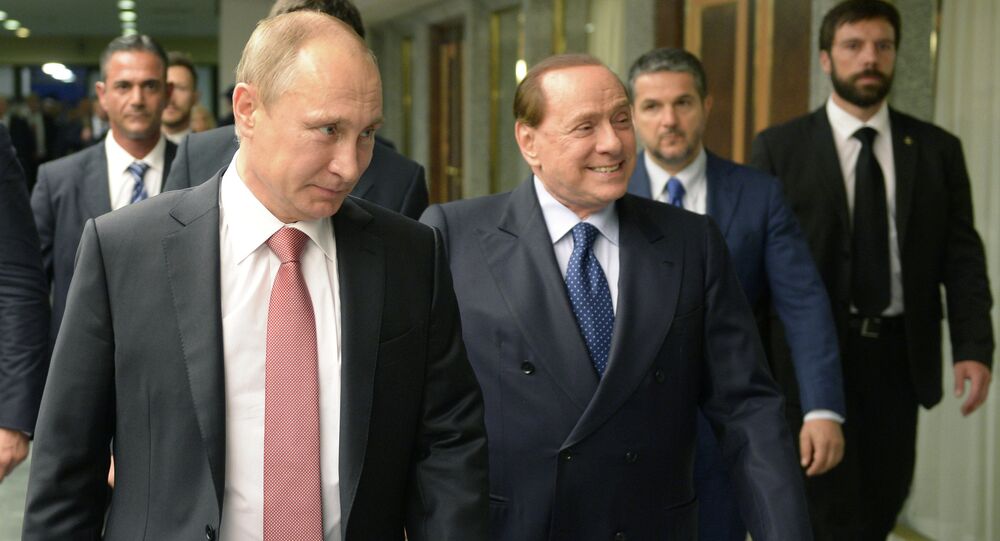 The members of the Forza Italia party plan to come forth with the initiative that envisages the lifting of sanctions imposed on Russia by Italy, party leader Silvio Berlusconi said.

"Tomorrow we will present a draft resolution calling on the government not to continue sanctions against Russia. These sanctions damage our interests, resulting in significant financial losses."

© Sputnik / Sergei Guneyev
US, G7 Ready to Impose Significant Additional Sanctions on Russia - Biden
He also said the Forza Italia party planned to urge the country’s authorities to call on other European member states to lift sanctions as well and to convince the United States that the return to the Cold War atmosphere was impossible.

Berlusconi urged to restore the kind of relations with Russia that transformed G7 into G8, as such relations, in his opinion, were important for the global-scale cooperation.

Putin and Renzi discussed anti-Russia sanctions imposed by Western states. According to the Russian president, Italian companies lost more than $1 billion due to the restrictive measures.