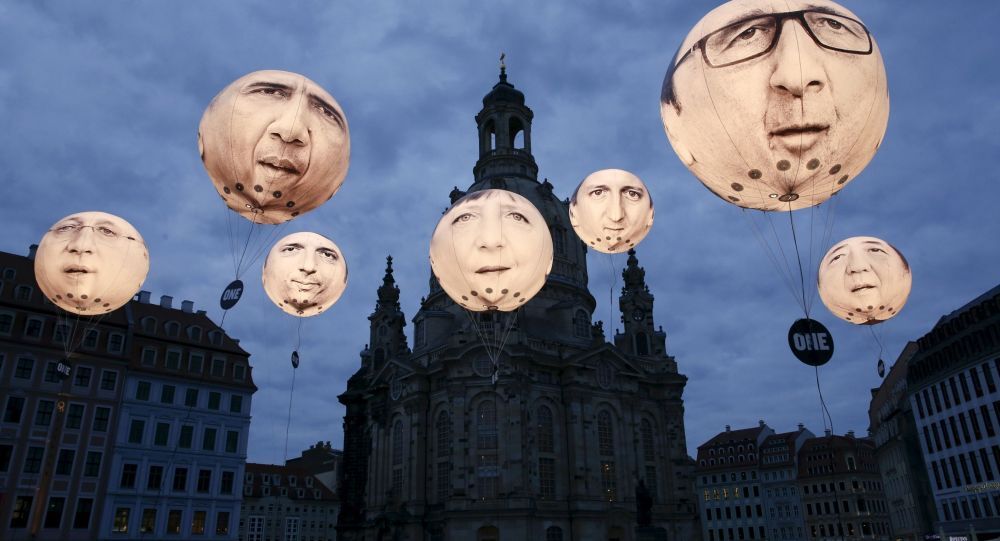 Commenting on Russia's absence from the Group of 7 Summit in Bavaria earlier this week, Veteran Czech politician and political analyst Jiri Vyvadil noted that the organization has turned into a cesspool of anti-Russian belligerence, increasingly marginalized amid the rise of the BRICS, and that there was no point for Russia to participate.

© Sputnik / Vladimir Fedorenko
BRICS to Surpass G7 Within 2-3 Years in Terms of Joint GDP
In his article for the Czech political newspaper Parlamentni Listy, published ahead of the summit, Vyvadil pointed out that the contemporary G7, originally envisioned as a collection of the world's largest industrial economies, sorely lacks not only Russia, but also the economic powerhouses of China, India, and Brazil.

But this, according to the politician, is not what's most important. Neither is the fact that the G7 as an entity representing the West's strongest economies is being eclipsed, both politically and economically, by the BRICS. The politician points out that these countries today "comprise of 56 percent of the share of global [industrial] production, and are home to 85 percent of the planet's population. Moreover, they hold about 70 percent of world foreign exchange reserves."

In Vyvadil's view, what's most important as far as Russian participation in the summit is concerned is the fact that the G7 is "being transformed into the main ideological base of the Western world in its conflict against Russia and her allies in the emerging political East (that is, the countries of BRICS). And it is clear to everyone that without the military and political tandem between Russia and China, which the West imbued with life by its own stupidity, no serious international issue can be resolved."

The politician believes that "while the members of the G7 continue to make, one after another, their belligerent speeches against Russia, and while Obama and company continue to call to tighten sanctions and to deploy US missiles in Europe, activists' demonstrations will continue not only against war, but also against this organization in principle, which, in the eyes of protesters, and of all reasonable people, looks undesirable."

Unfortunately, Vyvadil says, "we can expect the G7 to toughen its rhetoric to extremes. The fact that all of this is taking place over a country headed by two dangerous lunatics – Poroshenko and Yatsenyuk, who in a year-and-a-half have bankrupted their country and brought it to the abyss of hopelessness, able only to create a picture of impending war with Russia, shows that there is nothing the West can do to help."

© AFP 2021 / Mark RALSTON
China Condemns 'Irresponsible' G7 Leaders' Declaration
The former senator and parliamentarian from the Social Democratic Party noted that Russia's absence from the Summit was actually a good thing. "It's good that Russia is not involved with this tragic farce; it gives us hope that the country will not allow itself to be dragged into the trap of a regional conflict which could escalate into a global one."

For Vyvadil, a supporter of the idea of a grand Europe stretching from Lisbon to Vladivostok, the fact that Russia and the West are being pushed apart is a tragedy. For the Czech Republic, the tragedy is that "we have once again found ourselves on the wrong side of the border. At one time, until 1989, we did not want to be forced into a confrontation with the West, as Moscow sought. Now, we do not want to be set up against the East, as Washington seeks." Nevertheless, the politician remains hopeful, noting that "the cycles of historical time are speeding up, and today's warriors from the G7 will be exhausted in a matter of a few years."