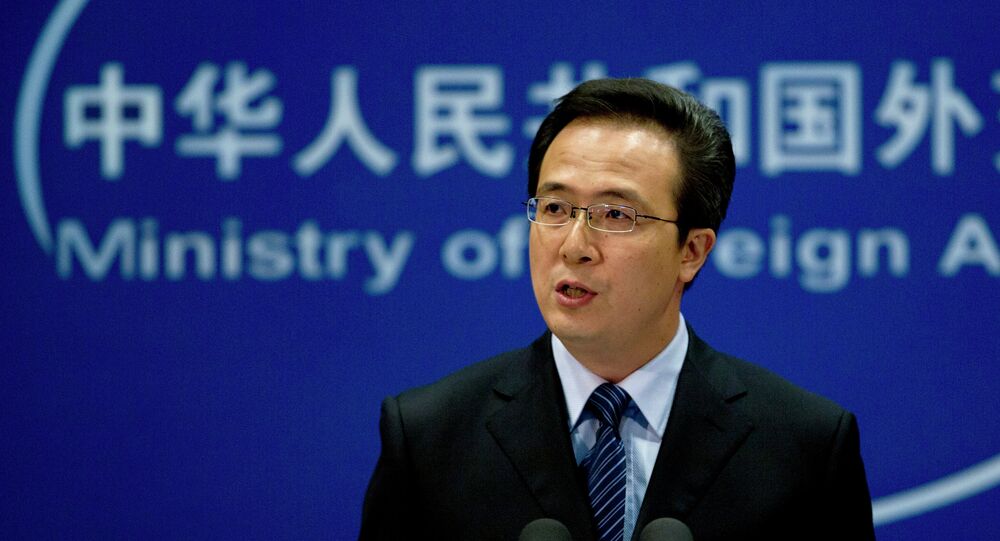 "China has repeatedly reiterated its established position that it rejects constant threats and sanctions," Hong Lei told reporters, answering a question about Beijing’s stance on anti-Russia sanctions at the G7 summit that kicked off in Germany on Sunday.

A peaceful dialogue is the only path toward a solution to the Ukraine crisis, the spokesman added.

“[China] hopes that all sides [to the conflict] will be properly implementing the Minsk agreements and will continue promoting a political settlement of the crisis, dedicate its fullest efforts to address the issue,” he added.

The two-day G7 summit brought together leaders of the United States, the United Kingdom, France, Germany, Italy, Japan and Canada to discuss pressing issues, including the Ukraine crisis. During the event, some G7 leaders voiced support for tougher sanctions against Moscow.

The West imposed a number of restrictive measures on Russia over its reunification with Crimea in 2014 and alleged fueling of the internal conflict between Kiev and eastern Ukraine independence supporters.

Moscow denied these accusations and has taken an active part in international efforts aimed at finding a peaceful resolution to the conflict in Ukraine. Russia is one of the countries that brokered the February ceasefire deal signed in the Belarus capital of Minsk.