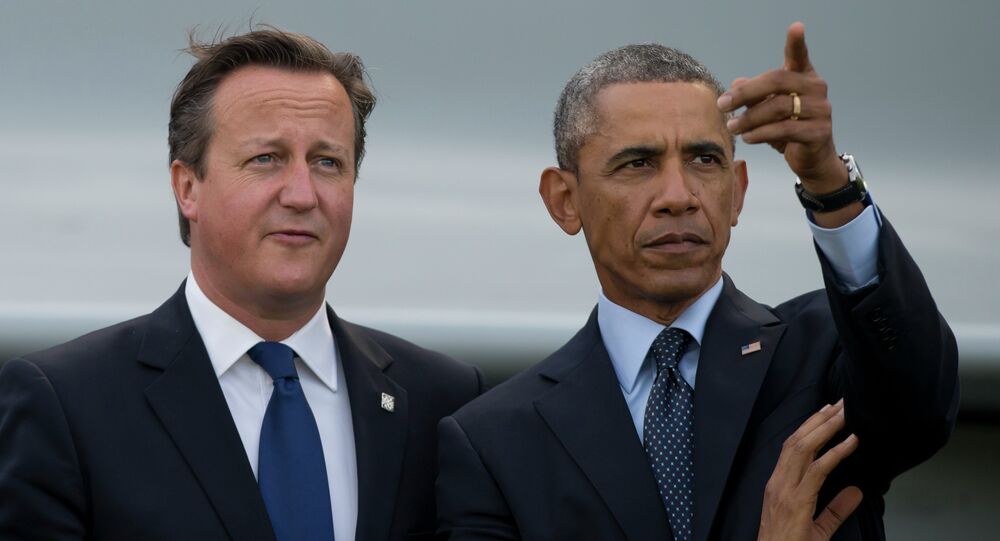 US President Barack Obama says that the United Kingdom’s membership in the European Union is beneficial not only for the 28-state bloc, but also for the world.

WASHINGTON (Sputnik) – The United Kingdom’s membership in the European Union is beneficial not only for the 28-state bloc, but also for the world, US President Barack Obama said.

"We very much are looking forward to the United Kingdom staying a part of the European Union because we think that its influence is positive not just for Europe, but also for the world," Obama said Sunday on the sidelines of the G7 summit in Germany.

According to the US leader, one of the values of the United Kingdom being an EU member is its "leadership and strength on a whole host of global challenges."

© REUTERS / KEVIN LAMARQUE
Obama Urges Cameron to Keep UK Defense Spending at 2% of GDP
British Prime Minister David Cameron vowed to hold a referendum on EU membership before 2017 after his victory in the May 7 election.

The United Kingdom has been a member of the European Union since 1973. The bloc’s system of contributions to its budget and limited powers of its state governments on migration have recently contributed to the deterioration of the relations between London and Brussels.

UK to Consider Hosting US Cruise Missiles to Counter Russia

Latest NPT Conference Failure Only for US, UK, Canada