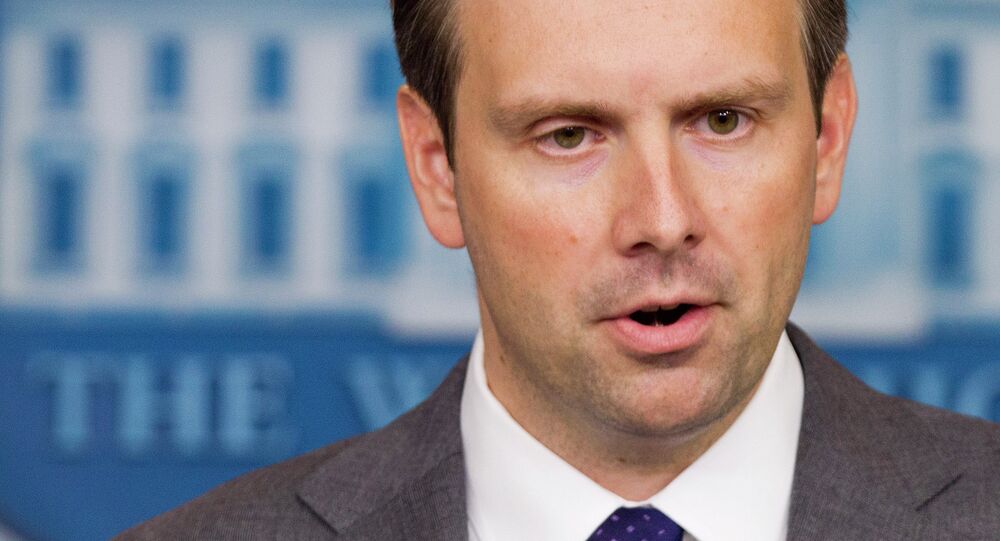 "We recognize that many of the countries that we're counting on to continue to enforce these sanctions are countries who do so at some sacrifice to their own economy," Earnest told reporters.

US President Barack Obama's press secretary stressed a "pretty important signal" the European Union members send despite the costs to their economies, which he said are "more integrated with Russia than the United States."

Italy, Poland, and Greece are among the EU members that suffered economic losses over the past year due to the effects of measures aimed against the Russian economy.

"We have made clear that we would begin relieving those sanctions if Russia began living up to their commitments that they've made in Minsk," Earnest added in the briefing.

The recent resurgence of violence in southeast Ukraine has dominated the 41st G7 summit that began in Germany's Bavaria on Sunday.

Western leaders have repeatedly stressed that the extension of anti-Russia measures was directly tied to Russia's observance of the Minsk agreements on Ukraine reconciliation.

Portions of EU sanctions against Russia are due to expire by July 31 and the bloc is expected to debate the issue at a June 25-26 summit.

Obama Sets Out to Enforce Sanctions as Europe Wavers