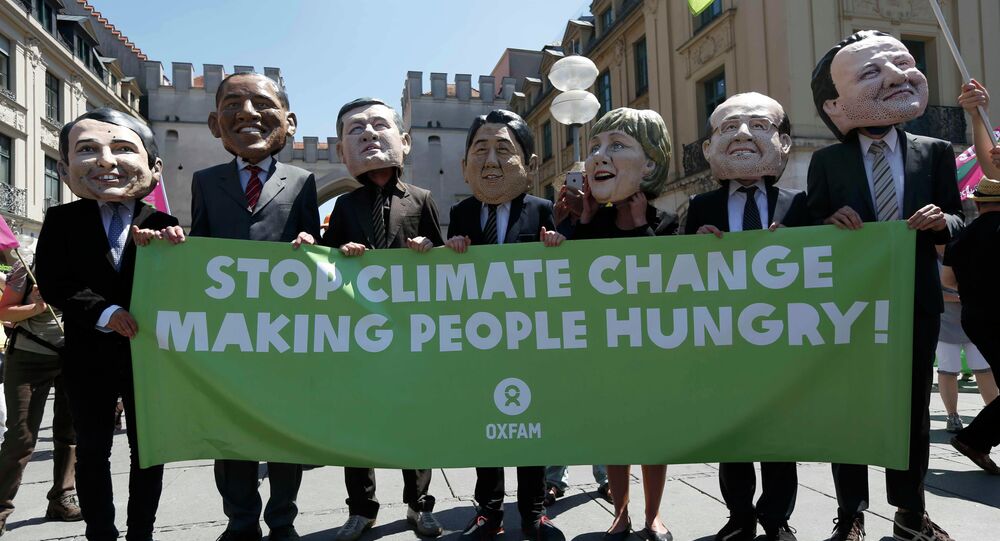 The member states of the G7 group bear the main responsibility for global environmental problems and wars currently grasping the world, the head of a socialist movement told Sputnik on Saturday.

"They are responsible for war, for environmental destruction and I think it's the symptoms of the capitalist system," a protester, who introduced himself as Chairman of Socialist Alternative, the German section of the Committee for a Workers' International, said.

The G7 41st summit is scheduled to take place in the Bavarian Elmau Castle, outside Munich, on June 7-8, 2015. The G7 leaders are expected to hold sessions on economy and trade, energy and climate, as well as a session on fighting terrorism.

Russia's participation in the group's meetings was suspended in March 2014.