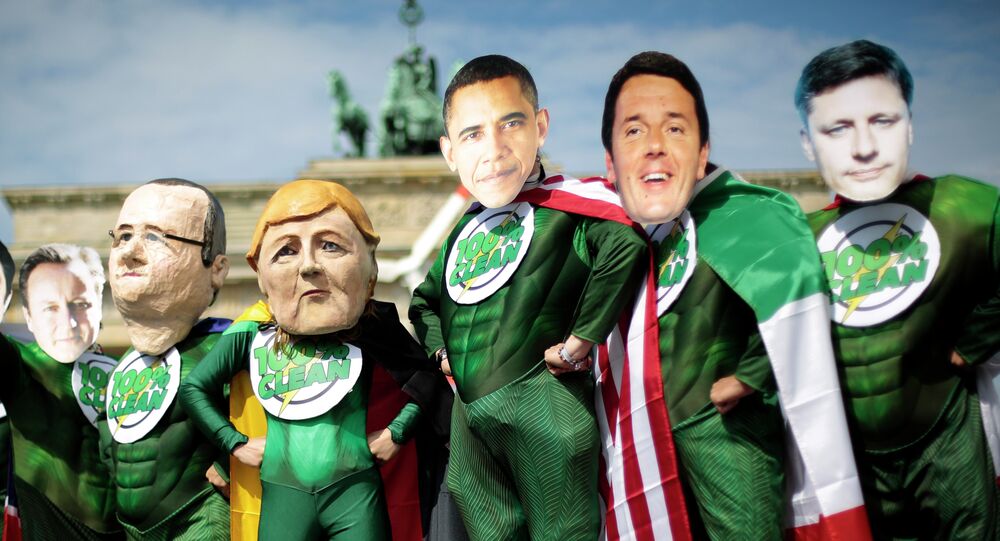 Group of Seven (G7) leaders meeting in Germany this Sunday will not have mandate to tackle global crises like Ukraine unless Russia, China and other world powers are present, a co-president of the world’s oldest peace advocacy group, the International Peace Bureau (IPB), told Sputnik on Friday.

MOSCOW (Sputnik) — The summit in southern Bavaria is scheduled for June 7-8. It will bring together US, Canadian, Japanese and four EU leaders to address global concerns.

"They have no legitimation, they are not the government of the world even if they believe in it. For me, without Russia there is less sense in the meeting if Russia is not participating," said Reiner Braun, of the Swiss-based IPB, which won the 1910 Nobel Peace Prize.

© AP Photo / Geert Vanden Wijngaert
German Politicians Want Putin at G7 Summit
The annual meeting is billed as a world leaders’ summit, but Braun stressed it did not represent the majority of the world’s population. Much of political power today is concentrated in Asia and the BRICS group of emerging economies – Brazil, India, Russia, China, and South Africa – all of whom will be notably absent.

"When Russia participates, you can really discuss conflicts in the world and go ahead with the Ukrainian problem, but without Russia, without China, without other BRICS countries you cannot solve any problem in the world."

Moscow's participation in the G7 group’s meetings was suspended in March 2014 following Crimea's vote on reunification with Russia. Russian Foreign Minister Sergei Lavrov argued a country cannot be dropped from the Group since it is an informal club to discuss issues of mutual interest.