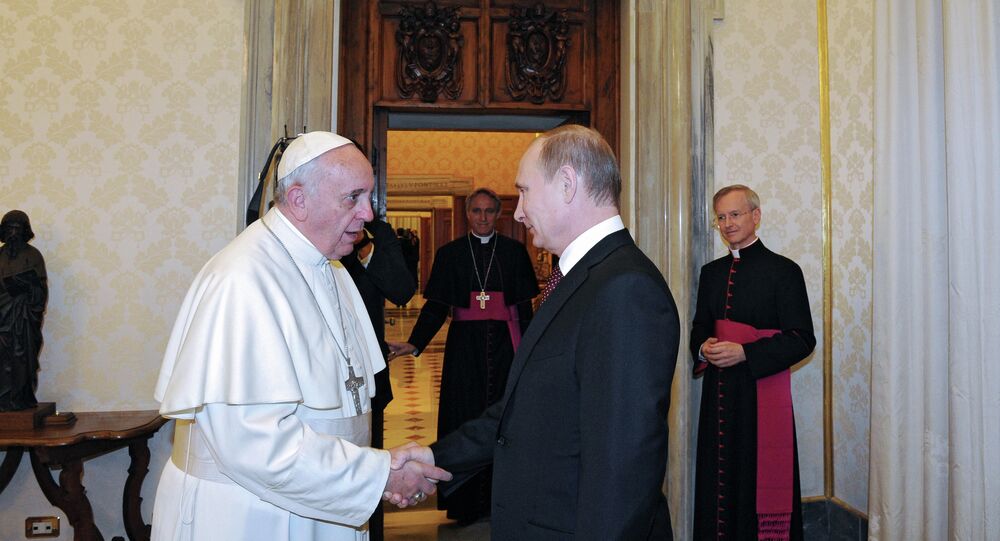 Vladimir Putin and Pope Francis will hold their second meeting.

“The Roman Pope will receive President Putin in the Vatican on June 10,” AP reported, citing a source in the Holy See.

"The possibility of such a meeting is being worked out,” Peskov told reporters.

The Kremlin announced earlier in the week that Putin would visit the Expo 2015 in the Italian city of Milan. A number of meetings with the Italian side have been scheduled.

It will be the second meeting between Pope Francis and Putin; the first was held in the Vatican in December 2013.