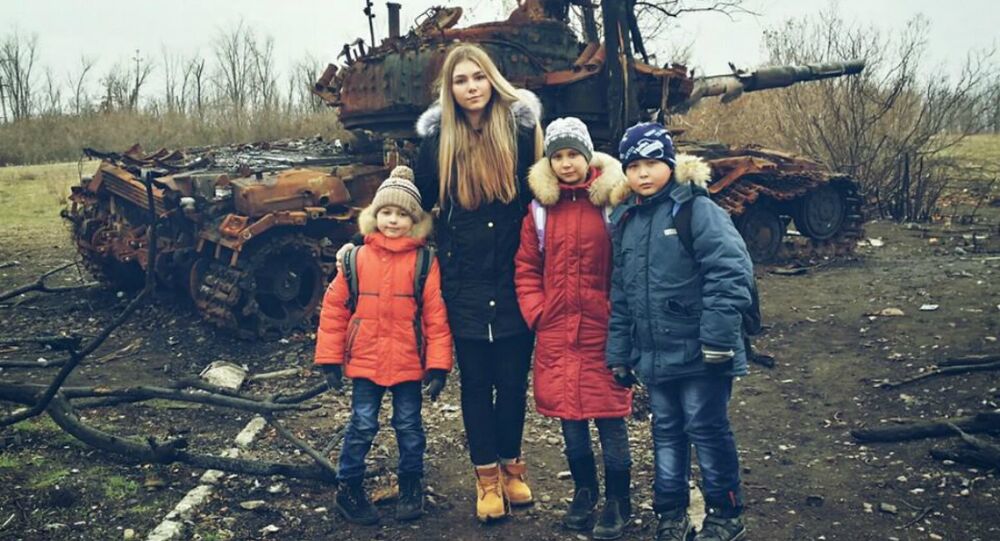 The father of Russian youth powerlifting champion Maryana Naumova says an American sports nutrition company refused to renew his daughter’s contract because of trips the athlete took to Donbass. To boot, he says, Maryana is now listed on Kiev’s “list of terrorists.”

“The thing is that they long ago expressed dissatisfaction with Maryana’s trips to Donbass. And literally around a week ago they expressed in correspondence to us that they wouldn’t renew her contract further.  Social media users have been writing complaints to us, and competition organizers and company sponsors were complaining and, obviously, these complaints influenced their decision and they don’t want to see us anymore,” the record breaker’s father announced on-air, without identifying the company by name.

“We aren’t permitted to enter Ukraine. Maryana is on the SBU’s list of terrorists now. We’re already barred from Australia, and we’re planning to go to America in September, but it’s possible they won’t let us in, even though we have a valid visa. Our trainer wasn’t given a visa in March, and it’s possible that our visa won’t be renewed,” he said.

Naumova, 16, is a four-time female youth world record-holder in bench press. According to the regional sports ministry, in October and December of last year she visited schools and sports centers in Donetsk and Luhansk, where she held children’s sports events and provided humanitarian support. Later, Ukraine deprived her of athletic awards and titles that she received in the country, and entered her and her coaching staff onto the “list of terrorists.”

Facebook/Maryana Naumova
Aleksandr Naumov, Maryana's father, told a Moscow radio station his daughter has lost her sponsorship contract with a US sports nutrition company due to her outreach work with youth in Donbass.

She has reportedly also conducted sports workshops in schools in North Korea.

In March she met with former California governor Arnold Schwarzenegger at a bodybuilding show in Ohio and gave him letters from children in Donbass.

© Sputnik / Andrey Telichev
World’s Strongest Girl Gives Schwarzenegger Letters From Donbas Children
Though Aleksandr Naumov did not indicate which American company he said dropped her sponsorship, Maryana is featured as part of the “Athlete Roster” on the website of Maximum Human Performance (MHP), a US company that markets sports supplements.

However, in an interview with Sputnik, MHP Marketing Director Steve Downs said his company did not initiate the termination.

"MHP has not terminated her contract," he said in an email response. "Maryana recently requested permission to cancel her MHP sponsorship in order to work with another supplement company. While I am very sorry to see her go, I respect her decision and we have granted her a release from her sponsorship agreement. We would have loved to continue our relationship with Maryana. She has always been a welcome member of the MHP team and an excellent athlete."

"I wish Maryana nothing but the best for the future in her powerlifting achievements, schooling and eventual career, whatever it may be," Downs wrote.