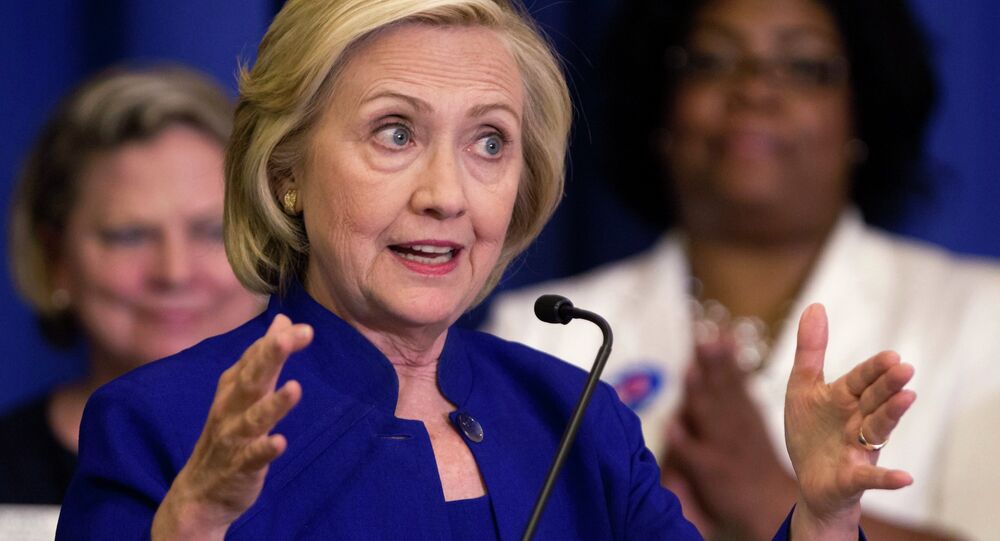 US Republicans are considering cutting the State Department's budget over their slow response to a request for documents pertaining to the 2012 terrorist attack on the US Consulate in Benghazi, Libya.

© AP Photo / Elise Amendola
For Only a Grand, You Can Join Hillary’s 'Grassroots' Campaign
House Republicans said that unless "requirements related to proper management of Freedom of Information Act and electronic communications are met," the Appropriations Committee's proposed budget would trim $700 million  - about 15% of the Department’s operational fund.

At issue is the pace at which the State Department is releasing emails and other documents associated with former Secretary of State Hillary Clinton and her top staffers. Rep. Trey Gowdy, R-South Carolina and House Majority Leader Kevin McCarthy, R-Calif., first threatened the cuts last month in an effort to get officials to comply more quickly with their document requests.

"The committee has been patient, but that patience has worn thin after months — and in some instances years — of non-compliance with congressional requests and subpoenas," Gowdy, who chairs the Benghazi panel, said.

"The explanations and excuses are tired and unpersuasive. Regrettably it sometimes takes money to get agencies' attention."

The funds would be withheld not until all documents are produced, but just until the State Department develops a plan to deal with the FOIA backlog and starts to put it into practice. And the cuts would not apply to budgets for embassy security.

Gowdy said the panel's requests were reasonable and relevant to the Benghazi probe and emphasized that panel members should be able to have relevant witnesses' communications available to examine before questioning them.

State Department spokesman Alec Gerlach said the cuts would reduce the very resources needed to work through the backlog, making it "counterproductive." Gerlach also pointed out that the State Department reduced its backlog by 14% the year while the FOIA caseload itself has more than tripled since 2008.

On May 22, the State Department released some 296 of Clinton’s emails during her tenure as state secretary from 2009 until 2013. The emails contained Clinton’s communications before and after the terrorist attacks on the US embassy in Benghazi, Libya in September 2012 which left four Americans, including the ambassador, dead.

Clinton’s 296 emails revealed the State Department knew that US Ambassador Chris Stevens’ life was in danger 18 months before the September 11, 2012 terrorist attacks on the US diplomatic consulate in Benghazi in which he and three other Americans were killed.

That order was in response to the Freedom of Information Act lawsuit filed by VICE News reporter Jason Leopold. All in all, the Department says there are some 55,000 documents that fall under that request, all of which need to be reviewed before they can be released.

Leopold testified Tuesday before Congress about "foot-dragging" in fulfilling his request, telling the House Oversight and Government Reform Committee that he'd filed thousands of requests, and that less than 1% had been filled.

"I routinely experience delays of several years. The agencies that have consistently been slowest to respond to my FOIA requests have been the FBI, the Department of Justice, and United States Southern Command. In the past two years, I have also begun to experience extremely lengthy delays in receiving responses from the [National Security Agency]," he said.

Sharyl Attkisson, a former investigative reporter for CBS news told the committee that FOIA, as it operates now, is  a "useless shadow of its intended self."

Clinton Agrees to Testify One Time Before US House Benghazi Committee