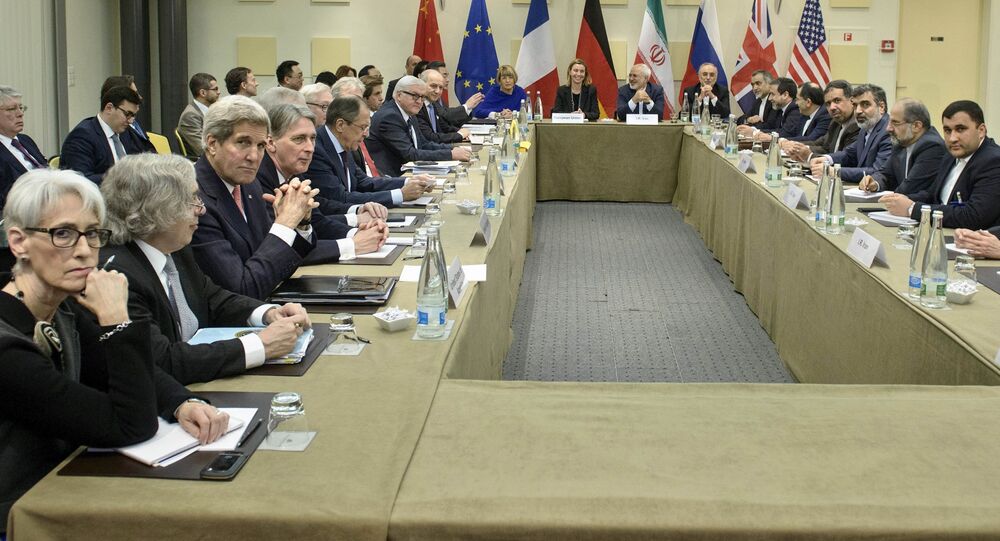 Russian Deputy Foreign Minister Sergei Ryabkov said that Russia is hoping to reach consensus on the issue of Iranian sanctions with other P5+1 members during the upcoming round of talks in Vienna.

VIENNA (Sputnik) — Russia is hoping to reach consensus on the issue of Iranian sanctions with other P5+1 members during the upcoming round of talks in Vienna, Russian Deputy Foreign Minister Sergei Ryabkov said.

"We expect to use the upcoming round, starting tomorrow, to put the record straight [on the issue of Iranian sanctions], because it is one of the main ingredients [of Iranian nuclear deal]," Ryabkov told reporters in Vienna Tuesday.

Ryabkov added that the work on the text of the final agreement on Tehran's controversial nuclear program is "nearing its completion."

"We need to methodically complete the harmonization of the text. A lot of work has been done at the expert level, the volume of the worked out text has significantly increased during the previous two weeks," he added.

© REUTERS / Brendan Smialowski/Pool
Iran, P5+1 Group to Meet in Vienna June 4 for New Nuclear Talks
The world powers and Tehran are working to reach the end-of-June deadline to reach a deal ensuring the peaceful nature of Iran's nuclear program in exchange for easing of sanctions.

Ryabkov also said that the International Atomic Energy Agency will receive limited regulated access to the military facilities of Iran, but it is necessary to agree upon the required procedures.

"The IAEA will have regulated access [to the Iranian military facilities], [but] the volume of the access, and what kind of procedures have to be implemented in this respect, is still being debated, it is one of those subjects on which experts and political directors are currently working," Ryabkov told reporters Tuesday.

“They [Iranian military facilities] require a special mode of access,” the Russian diplomat said adding that the issue of unrestricted access to the facilities must be ruled out.