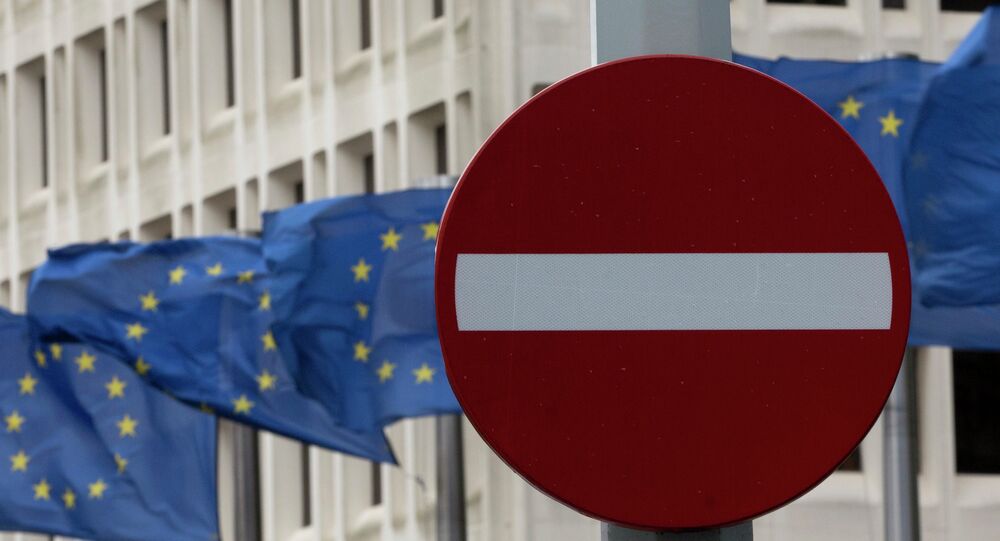 French Delegation Braces for Confrontation With Russia Over Travel Ban

French parliamentarian Bruno Le Roux, whose name appeared in a confidential Russian list of EU politicians, diplomats and military experts barred from entering the country, will nevertheless make an attempt to enter as part of a visit by parliamentarians later this month.

Noting that the French parliamentary delegation scheduled to visit Russia on June 18 would not exclude Le Roux, Bartolone stated that if Russian border officials refuse the politician entry, the whole delegation will leave.

Bartolone noted that he will personally head the French delegation if Le Roux's name is not removed from the entry ban list, stating that while it is not standard protocol for the president of the parliament to attend, "you have given me an excellent idea. I will join the delegation and will ask Bruno Le Roux to come. If the Russians refuse, there won't be a delegation."

Regarding the list as a whole, Bartolone stated that "this whole story has no explanation. Whether it’s the case of [French intellectual] Bernard-Henri Levy, Bruno Le Roux, [EU Parliament Greens-Free Alliance co-chair] Daniel Cohn-Bendit, or others who have been barred entry, we have not even been given any explanation." The politician noted that "this is not like the case with the Russians, especially with the chairman of the Duma [Sergei Naryshkin]. He has been banned because there is a war in Ukraine. And nevertheless he came to meetings in the European Union, because it's impossible to do otherwise. What is happening here is discrimination."

Commenting on his being declared persona non grata on Sunday, Le Roux, the leader of the Socialist Party in the National Assembly, argued that his name appeared in the list as a result of National Front leader Marine Le Pen's recent visit to Moscow. The politician intimated that Le Pen had played a hand in adding his name to the blacklist, given his Socialist-led coalition's launching of an investigation over the National Front's finances. He called the list an "escalation" of the EU-Russian conflict, and stated that the ban interfered "in the internal politics of France."

The French parliamentary delegation had been scheduled to discuss energy policy, Ukraine and the crisis in the Middle East over its one day visit June 18.

© Sputnik / Evgeny Biyatov
Moscow Hushed EU Blacklist as Confidential, Brussels Leaked It to Press
Last week, the Russian Foreign Ministry confirmed reports that their European counterparts had received a list of 89 politicians, diplomats and military experts who have been barred entry into Russia. The Ministry explained that the list was based on the principle of reciprocity against similar European lists publicized last year at the onset of the crisis in Ukraine. Russian Foreign Minister Sergei Lavrov stated Monday that the list was meant to remain confidential, and that it was Brussels that immediately began leaking it to the press. "We simply handed our partners in the European Union information that we also have a sanction list, and that we didn’t' want to create a scandal," Lavrov noted.
© REUTERS / LEHTIKUVA/Antti Aimo-Koivisto
Much Ado About Nothing: Finnish FM Says Russia's Blacklist 'No Surprise'
Commenting on the escalating diplomatic scandal surrounding the list last week, Finnish Foreign Minister Timo Soini stated that the list has been "over-dramatized," stressing that it was a logical response to the travel ban the EU has previously imposed. "It's a predictable reaction to the travel ban placed on Russian citizens. It's no big surprise," Soini noted. Last Friday, Green League MEP Heidi Hautala, the only Finn on the blacklist, stated that those who have been placed on the entry ban list were policymakers known for actively opposing Russia's position regarding Ukraine.
...
Reddit
Google+
Blogger
Pinterest
StumbleUpon
Telegram
WhatsApp
914