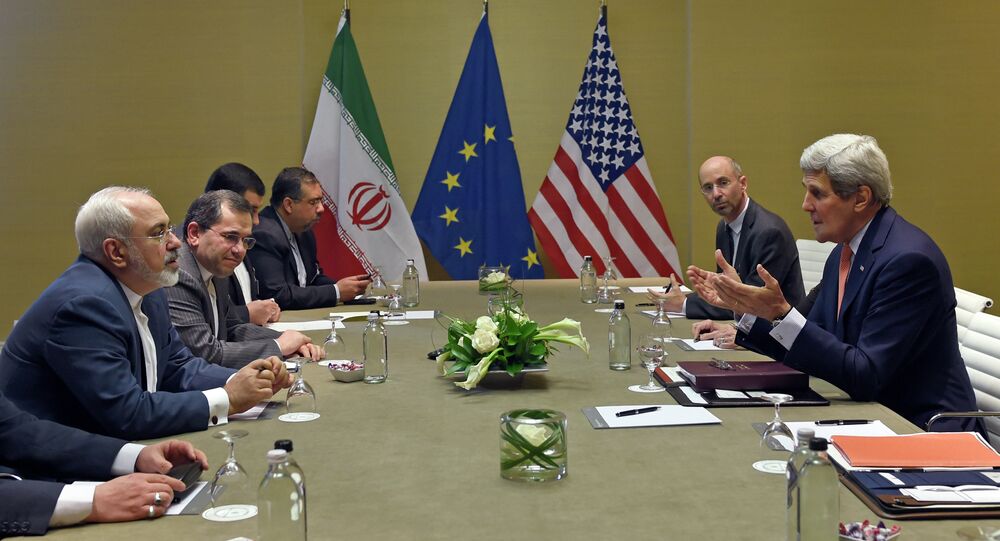 Washington hopes it can complete the Iran nuclear negotiations by the upcoming June 30th deadline despite US Secretary of State John Kerry’s leg injury, according to White House spokesperson Josh Earnest.

© AP Photo / J. Scott Applewhite
Kerry Hospitalized in Switzerland After Bike Accident
WASHINGTON (Sputnik) — Washington remains confident that it can complete the Iran nuclear negotiations by the upcoming June 30th deadline despite US Secretary of State John Kerry’s leg injury that prevented him from participating in key talks over the weekend, White House spokesperson Josh Earnest said during a press briefing on Monday.

"We do continue to believe that we have the time and resources necessary to pursue and hopefully complete the Iran negotiations,” Earnest said adding, however, that he was confident the negotiations will be “affected by the secretary's injury.”

Earnest said that although it is unlikely that Kerry will be able to meet face to face in Europe with his negotiating partners, the White House was “confident Secretary Kerry will be an important part of this [negotiating] effort.”

© REUTERS / Jonathan Ernst
Obama's Iran Nuclear 'Diplomacy' Boosts US Arms Racket
On Sunday, Kerry broke his right hip near the French town of Scionzier. He was then flown to hospital in Geneva, Switzerland, where the secretary stayed overnight.

The injury forced Kerry to cancel his visits to Madrid and Paris. Kerry is now expected to take part via the Internet in a ministerial meeting on the progress of an anti-Islamic jihadist group campaign from Boston.