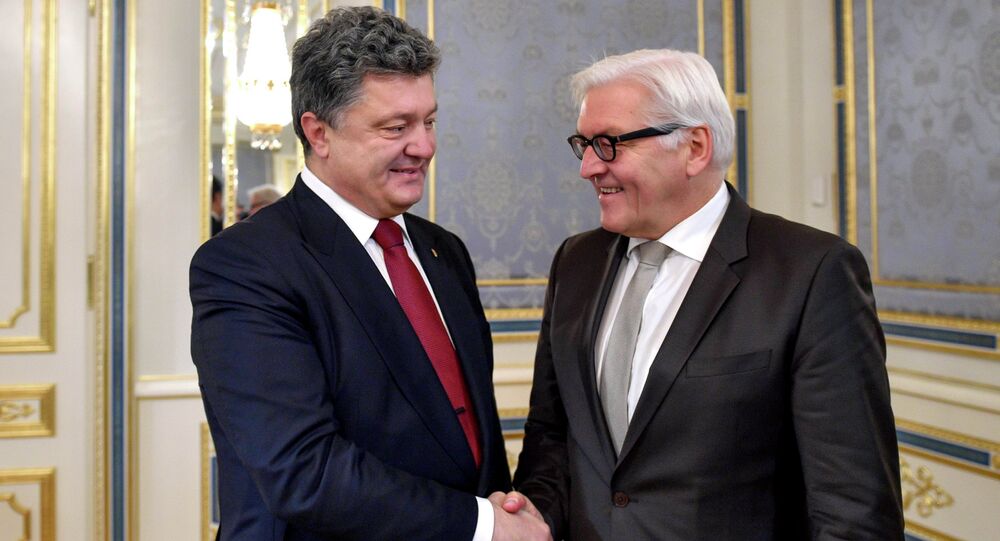 Germany has thrown another $545-million financial lifeline to Ukraine’s President Petro Poroshenko, the president announced in a statement on his official website.

“The minister notified [Poroshenko] about the German government’s decision to open a 500-million-euro [$545-million] credit line to Ukraine in addition to the 200 million that has already been granted.”

The loan will be granted on condition that Kiev cannot use the money to fund its military campaign in Donetsk and Luhansk conflict zones, according to the Ukrainian government. It will be used to stabilize the country’s economy, improve its energy efficiency, rebuild infrastructure and housing, it said.

This is the second time Germany bails out the Ukrainian government after it agreed two $1.6 billion aid packages in 2014. On Saturday, Steinmeier is due to visit the city of Dnipropetrovsk in central Ukraine.