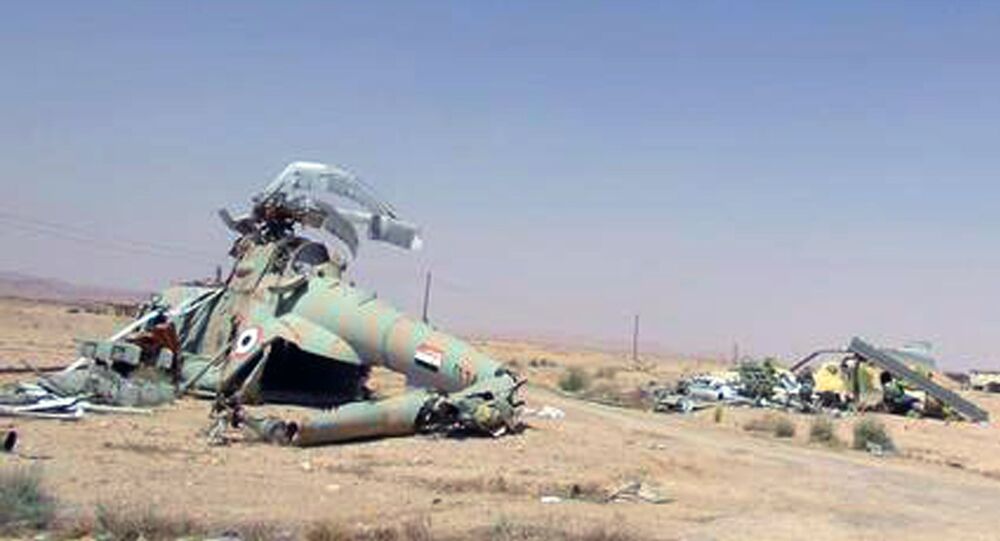 MOSCOW (Sputnik) — A US-led international coalition has been conducting airstrikes against ISIL militants in Iraq since August, 2014 and in Syria since September, 2014.

“The coalition exists, it launches airstrikes… everyone admits that it is impossible to defeat the IS with airstrikes only, in any case ground operations will be needed. I don’t see how it will be possible without the Syrian government.”

“The first issue that we discussed with [US Secretary of State] John Kerry and that is essential for a more efficient struggle against the terroristic threat is the elaboration of a single and common vision that would be not [just] about Syria or Iraq, but about the whole region where there is a threat of the spread and rooting of the IS.”

According to Lavrov, such a vision should be elaborated on basis of an honest joint analysis under the auspices of the UN Security Council and should be followed by resolutions that would legitimize the actions needed to defeat this threat. The strategy should include the struggle not only against the ISIL, but also against the other radical militant groups, such as the Nusra Front.

US Citizen Pleads Guilty to Attempting to Support Islamic State