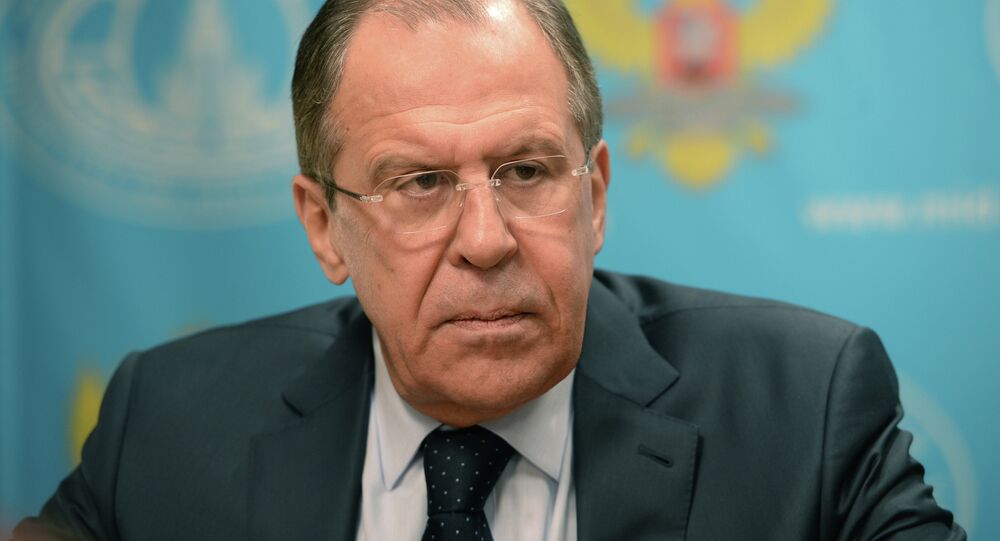 Major Western powers understand that the Ukrainian authorities are the most important obstacle to the fulfillment of the Minsk agreements on reconciliation of the armed conflict in the country's southeast, Russian Foreign Minister Sergei Lavrov said Friday in an interview with Rossiya-24 television channel.

"I think that by now all the major Western states that follow the situation and possess facts, understand very clearly that, for a number of reasons, the Ukrainian authorities are the major obstacle on the way to the fulfillment of the Minsk agreements."

The 13-point Minsk Agreements comprised a set of measures to facilitate Ukrainian reconciliation. The provisions included a ceasefire that entered in force on February, 15, the withdrawal of heavy weaponry from the contact line in Donbas, an all-for-all-prisoner exchange and amendments to Ukrainian constitution, so as to decentralize powers.

On Thursday, Ukrainian President Petro Poroshenko said that Kiev will only negotiate with Donbas after local elections, scheduled for the end of October under the Ukrainian law.