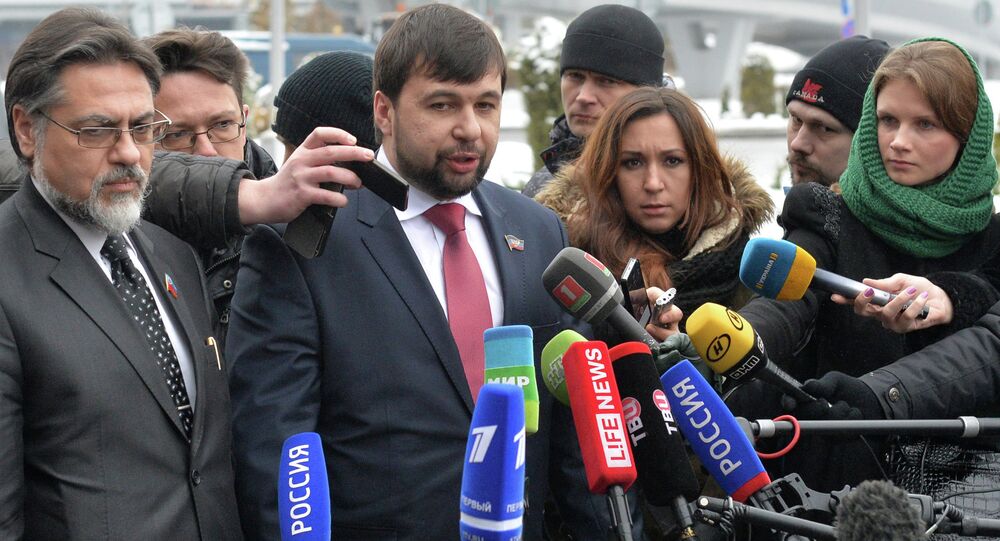 The breakaway republics of Donetsk and Luhansk in Ukraine’s eastern Donbas region would not have signed the Minsk peace agreements without Russia’s persuasion, Russian Foreign Minister Sergei Lavrov said Friday in an interview with Rossiya-24 television.

MOSCOW (Sputnik) – Months of ensuing clashes and the shuttle diplomacy of Russia, Germany and France helped bring Kiev and pro-independence militias to a negotiating table in the Belarusian capital Minsk where they signed a roadmap to peace in September 2014 and in February 2015.

"The fact that they agreed and signed the Minsk agreements, saying that they will be part of Ukraine if all agreements are fulfilled, is the result of very serious work that Moscow carries out with them. Otherwise, they would have proclaimed independence."

The Ukrainian crisis erupted last spring when anti-Kiev forces in the country’s southeast refused to acknowledge the coup-imposed authorities and said they were breaking away to establish two independent entities – the Luhansk and Donetsk people’s republics.

The latest 13-point peace plan envisages an overhaul of Ukraine’s constitution to devolve power to regions and conduct local elections there under reformed Ukrainian laws.