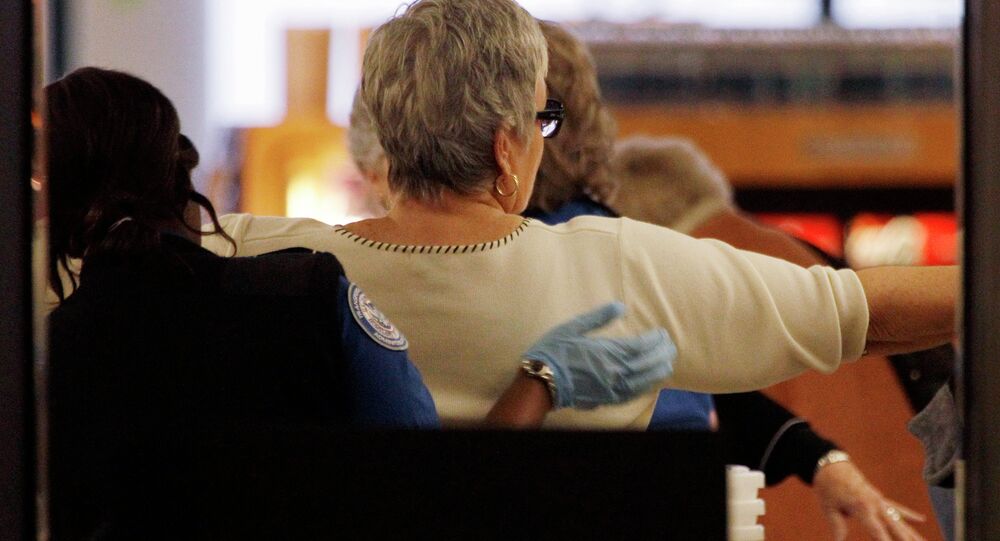 The company responsible for the controversial and invasive TSA body scanners at American airports lost their contract in 2013. But now, thanks to a lobbying loophole, that same company has a firm grip on the TSA’s budget.

In 2007, the Transportation Security Administration began playing around with the controversial "naked scanners" developed by Rapiscan Systems. Meant to usher in a new era in airport security, the devices were quickly met with anger from privacy advocates who were a little uncomfortable having to take nude photos before hopping a plane to Topeka.

To top it off, many security experts raised doubts that the scanners were even effective at detecting hidden weapons.

© AP Photo / BRIAN BRANCH-PRICE
These X-ray body scanners, used by the TSA, were replaced with a safe, less invasive machine.

Needless to say, travelers weren’t too sad to see the scanners go when Rapiscan Systems lost their contract in 2013.

Not entirely content to be relegated to the shadows, Rapiscan has reemerged, albeit covertly.

In his last lobbying statement, obtained by the Intercept, Romig stated that he had petitioned on behalf of "aviation, port and border security," as well as "budget and appropriation," all departments he will now directly oversee.

Prior to the contract loss, Rapiscan had spent hundreds of thousands of dollars lobbying Congress to invest in its technologies. According to the Huffington Post, as much as $271,500 per year.

With that amount of money invested, it doesn’t hurt to have a man on the inside, and it certainly seems like Romig has some conflict of interests in his new position.