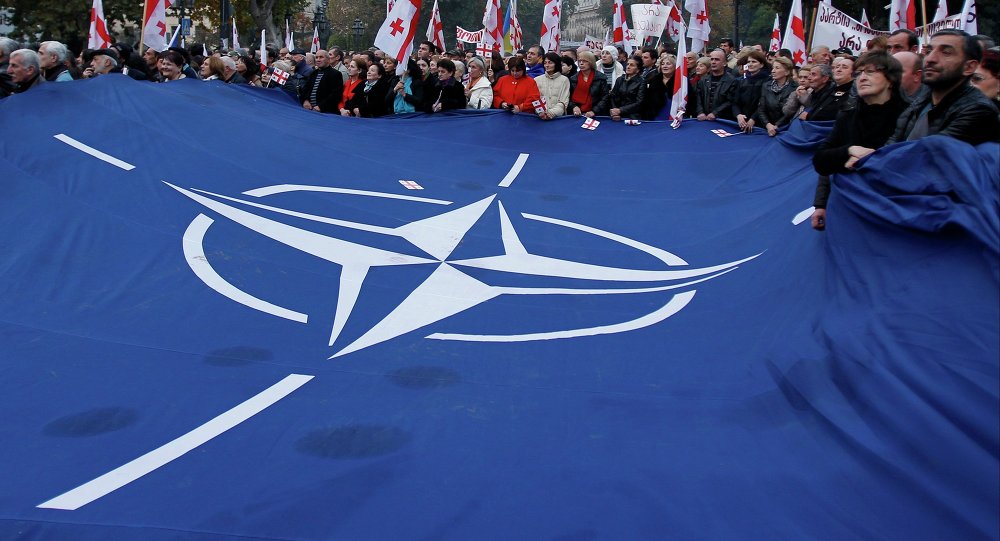 Czech General Petr Pavel who will assume office of Chairman of the NATO Military Committee on June 1, 2015 considers Russia a threat to the security of all NATO countries. He ranks Russia together with ISIL.

© AFP 2019 / GEORGES GOBET
NATO Chief Stoltenberg Wants to Continue Meeting With Russian Officials
Czech General Petr Pavel who will assume office of Chairman of the NATO Military Committee on June 1, 2015, said that Russia is capable of seizing the Baltic countries and the Ukrainian capital of Kiev within two days, Ceske Noviny reported.

The general made the claims during the "Our Security" conference which is currently underway in Prague.

Following US President Barack Obama, Pavel considers Russia a threat to the security of all NATO countries. He ranks Russia together with the Islamic State terrorist organization.

"NATO is incapable to react properly when the situation changes. The measure Europe takes to counter threats from Russia and ISIL are surprisingly ineffective," the general said.

"The alliance has one significant flaw – the complicated procedure of decision making. NATO embraces 28 member countries, and all of them have to reach an agreement," he added.

According to Pavel, Russian official can make a decision within few hours while NATO Command would spend too much time to come to a joint stance.
During his speech, the general also noted that NATO would have to make a difficult decision: whether to start a war against Russia which can turn into a nuclear conflict.