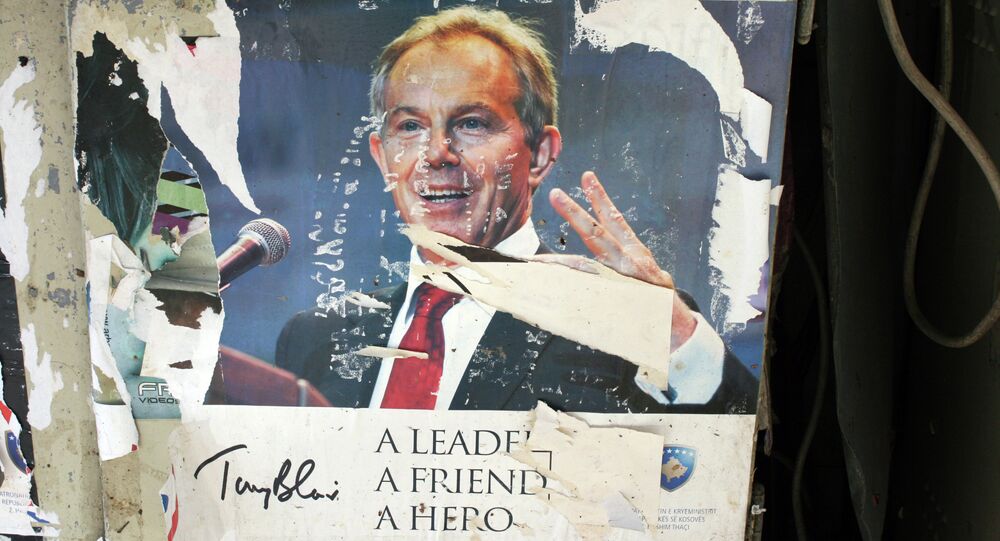 UNITED NATIONS (Sputnik) — Earlier in the day, British media citing their sources reported that the former prime minister would quit his post next month.

"As the Quartet’s envoy on the ground during the last eight years, Mr. Blair demonstrated an unwavering commitment to the cause of Israeli-Palestinian peace and made lasting contributions to the effort to promote economic growth and improve daily life in the West Bank and Gaza," the Quartet said on its website.

The statement did not specify if Blair would be replaced.

The Quartet, established in 2002, has been mediating Israeli-Palestinian peace negotiations. Blair was appointed the official envoy in 2007, after resigning as the UK prime minister.

Palestinians seek the creation of an independent state in the West Bank and East Jerusalem, occupied by Israel since 1967.

Feeding Time: Five Politicians Who Will Eat Just About Anything