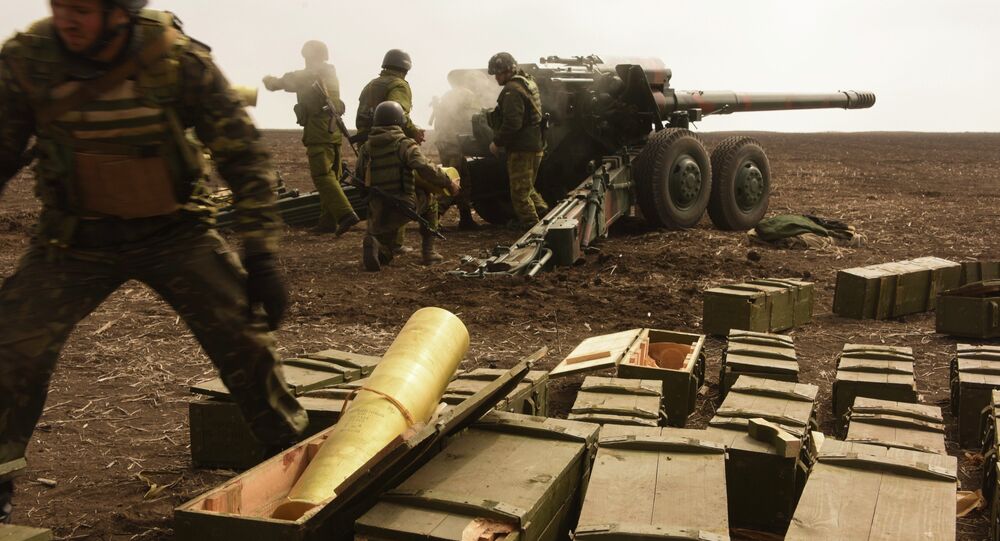 The leader of the UK’s New Communist Party compared the US policy in Iraq to that in Ukraine, with the country training and equipping armies with "no will to fight" in a comment to Sputnik on Wednesday.

MOSCOW (Sputnik) — Andy Brooks told Sputnik that Ukrainian soldiers were dispirited, because they do not get paid or receive rations regularly.

He added that the US funnel of support to Kiev only hindered Ukrainian reconciliation by emboldening most extreme elements in the country.

"The Americans trained up a puppet army in Iraq – a regular army – that collapsed at the first serious challenge. And that’s what we see in Ukraine – that the American intervention in practice caused a further division and violence."

US Defense Secretary Ashton Carter told CNN's State of the Union on Sunday that the Iraqi army showed no will to fight the Islamic State insurgency, despite Washington sending in its military to enhance its capacity.

"I think there is a comparison with Iraq in that America spent, it would seem, millions upon millions of dollars to train up a client state’s regular army. And because that army, it seems to me, was based on corrupt practices and had no will to fight, it was a serious challenge."

In April 2015, the US Army sent 300 paratroopers to western Ukraine to train Ukraine’s National Guard. Kiev is also planning to hold three joint drills with US troops later this year.