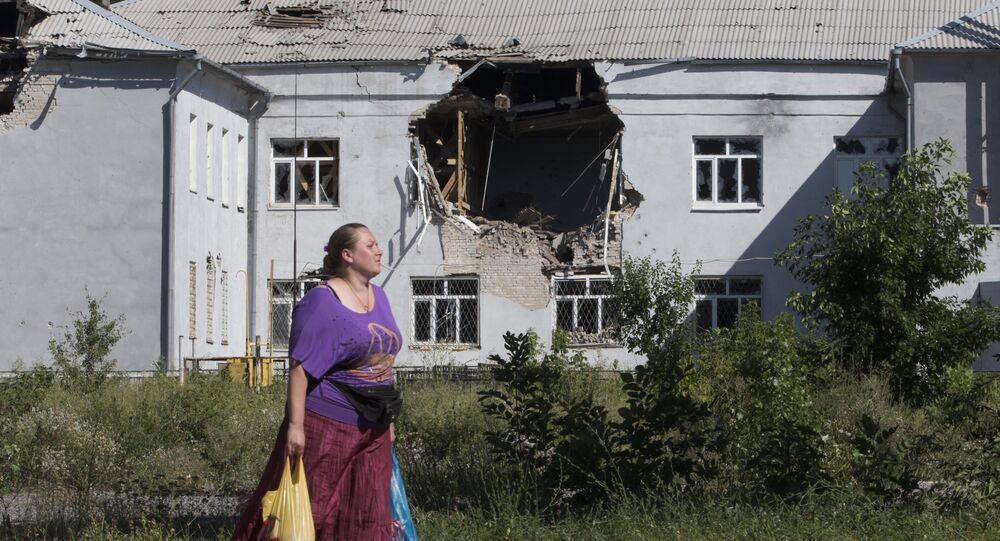 Talking about the future of the Ukrainian economy Hudson said that it really comes down to money and the debt that Ukraine does not want to pay.

Michael Hudson, President of the Institute for the Study of Long-Term Economic Trends, spoke to Sputnik regarding the Ukrainian economy and its grim future.

“The businessmen are trying to take their money and run. They are trying to move it to Europe or putting it to their solvent businesses. They realize the game is over. This situation is going to leave Ukrainian businesses as an empty shell.”

Hudson compared the situation to that in Chile under general Pinochet. The USA sent him people that carried out operation Condor in Latin America.

“The US advisers have said the way to put down demonstration is to simply kill the leaders. You do what we taught the Chileans to do. You kill the labor leaders, the economists and you kill the professors and the journalists. Once you kill them with targeted assassination you don’t have a protest anymore, so the army has the guns, but the Ukrainian people don’t.”

“These things, designed by these people call these things after birds. It was operation ‘Phoenix’ in Vietnam, operation ‘Condor’ in Latin America, so for Ukraine I think it is operation ‘Vulture’.”

Talking about the future of the Ukrainian economy Hudson said that it really comes down to money.

“The US usually tries to solve all the problems just by bribery. There is a huge money pay off operation going on above these agreements.”

He also mentioned that last week the Rada had about 8 billion euros in its budget to pay for in debt. And it said that they are not going to pay the debt but instead going to use this money after the military budget.

“Ukraine has already decided that it’s not going to spend the money for economy but it will use this money to wage war in desperate attempt to get the IMF and Europe to give money if it can only tempt Russia to act intemperately and invading. But Russia is not going to invade.”

© AFP 2020 / YURIY KIRNICHNY
As Ukraine's Debt Approaches GDP, Is Default Inevitable?
“The Europeans have said look this is not going to be the case. IMF will not lend you (Ukraine) more money to go to war as we only lent money to western bond holders not to go to war!”

Hudson further pointed out that the West has lost interest in Ukraine. They really say the game is over.

US policy is now trying to work with Russia in Iran, Syria and in Afghanistan. For the time being US is trying to forget Ukraine. “The Ukrainians are now the forgotten people in a forgotten government and they are making airline reservations.”

Regarding the future of Ukrainian political situation Hudson said that there will definitely be a regime change but it is hard to say what kind of regime change it will be.

“Will it be Neo Nazis, or from the right wing? There has been so much assassination of any one on the left.”

“The US has just created a vacuum and has turned the country into a desert.”

“There is a fight among the cleptocrats for who is going to get each other’s money; it’s in a looting process.”

Kremlin on US Accusations of Aggression in Ukraine: 'Nothing New'