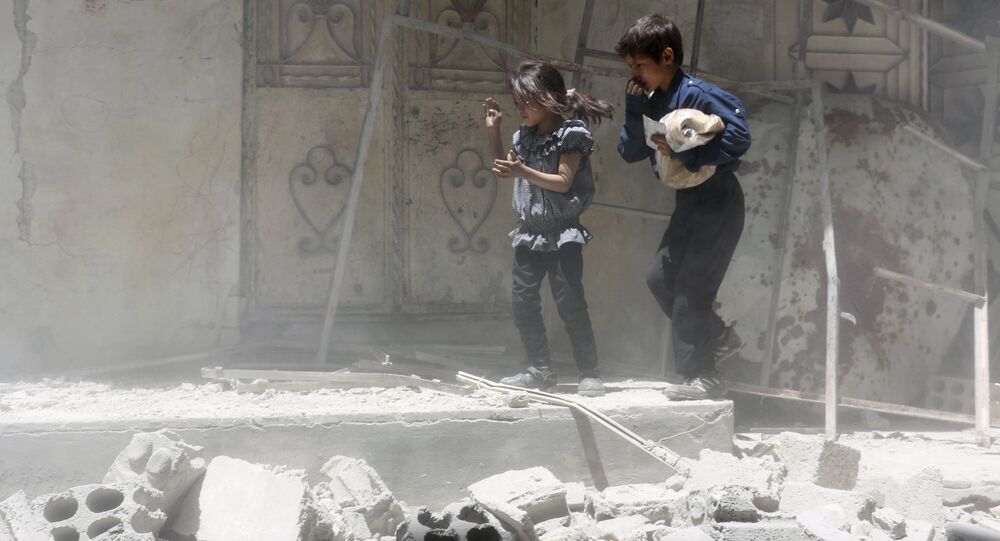 Following the agreement between Washington and Ankara to help armed groups, the Syrian government has expressed its disapproval saying that this coalition will only prolong the fighting.

The Syrian government has said that it will regard any outside help to the armed groups fighting in the country as aggression, said the Deputy Foreign Minister Faisal Miqdad on Tuesday.

Earlier it was reported that Washington and Ankara have reached a preliminary agreement to provide air support for Syrian rebels trained in Turkey under a joint program with the United States.

According to the Syrian Deputy Minister, such statements on the part of Ankara are direct evidence that Turkey intends to provide ‘direct financial and military support to the terrorist groups fighting in Syria’, hence prolonging the crisis causing the death of more innocent civilians.

In February, it was reported that within the framework of agreement between Turkey and the United States, in order to train and arm militants opposition groups, Washington allocated $500 million.

In March, the official representatives of the Syrian external opposition, headquarters of which is located in Turkey, declared ‘temporary strategic alliances’ between the militants trained by Ankara, and militants of the terrorist group ‘al-Nusra Jabhat’ that continue to capture cities and important amenities in the province of Idlib in northwest Syria.

The Insurgents continued to advance south towards the province of Hama. According to some reports, more than 12 thousand fighters equipped with modern weapons were transferred to Syria via the Turkish border.