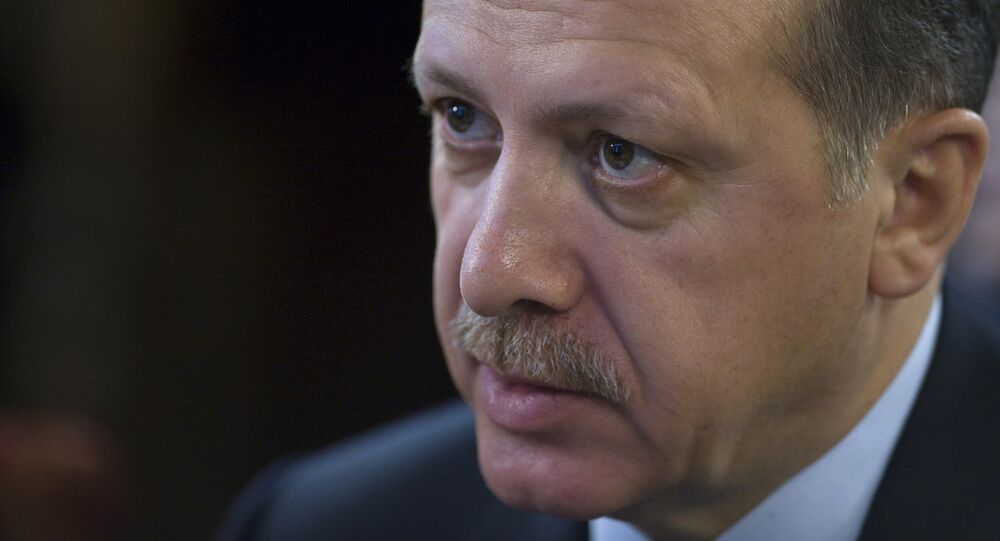 ANKARA (Sputnik) — On May 22, the paper published an editorial titled "Dark Clouds Over Turkey," arguing that Erdogan intimidates mass media and accusing him of greed for power.

"As a newspaper, you [the New York Times] should know your place."

He added that the US publication interfered in Turkey's internal affairs and violated freedom of speech.

A number of cases alleging free speech violations have emerged in Turkey recently. Last week, the Turkish court order the Hurriyet daily to pay a nearly $8,000 fine for insulting the president.

Erdogan's ruling Justice and Development Party (AKP), that came to power in 2002, will stand in the general elections on June 7.