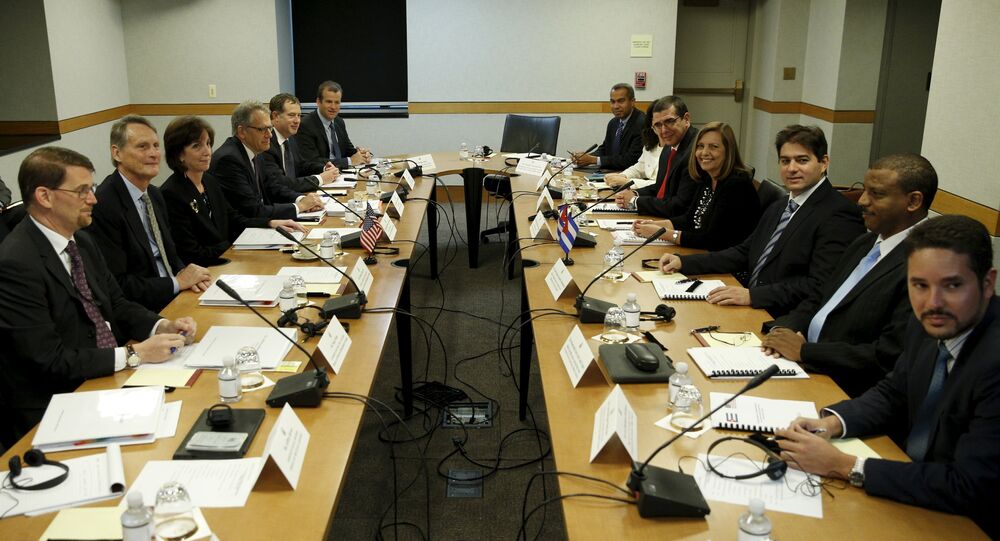 Director General of the US Division at Cuba’s Ministry of Foreign Affairs Josefina Vidal said that US and Cuban diplomats agreed to continue the dialogue on reopening and functioning of the two countries’ respective embassies.

WASHINGTON (Sputnik) — US and Cuban diplomats have agreed to continue the dialogue on reopening and functioning of the two countries’ respective embassies, Director General of the US Division at Cuba’s Ministry of Foreign Affairs Josefina Vidal said on Friday.

“Both delegations agreed to continue conversation on the issue of functioning of diplomatic missions,” Vidal told journalists.

No announcement on the date of the opening of embassies in Washington, DC and Havana has been made. 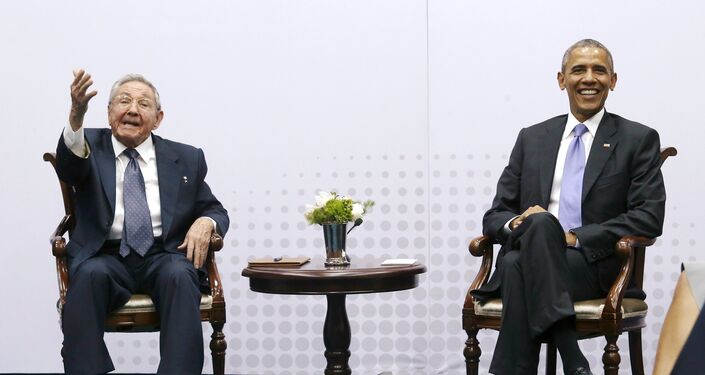 © REUTERS / Jonathan Ernst
Cuba's President Raul Castro gestures to journalists that he is not taking questions as he and US President Barack Obama hold a bilateral meeting during the Summit of the Americas in Panama City, Panama

Vidal stressed, however, that the delagations have advanced in their negotiations on the embassies reopening.

Vidal spoke at the press conference following the meeting of Cuban and US diplomats in Washington, DC.

In December 2014, US President Barack Obama announced plans to normalize relations with Cuba.

Washington severed ties with Havana in 1959, and upheld a trade, travel, and diplomatic embargo against the island nation.

US to Hold ‘Additional Conversations’ With Cuban Government in May