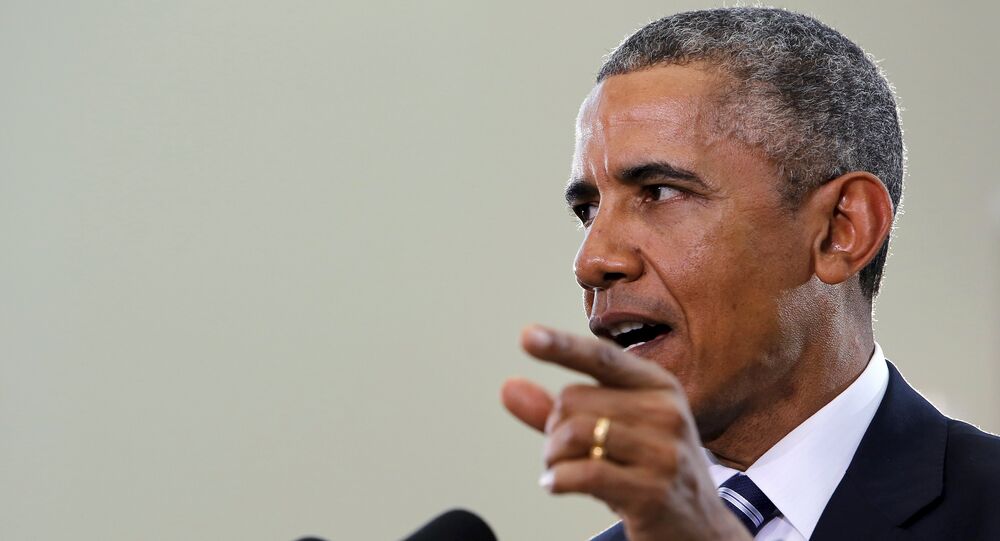 Sanctions relief on Iran as part of any final nuclear deal will not significantly empower Tehran militarily, US President Barack Obama said in an interview published on Thursday in The Atlantic.

WASHINGTON (Sputnik) — Critics of an Iran nuclear deal, including Israel and Arab Gulf states, have voiced concern that Iran would funnel sanctions relief into its military and thus destabilize the region.

“It is not a mathematical formula whereby [Iranian leaders] get a certain amount of sanctions relief and automatically they are causing more problems in the neighborhood,” Obama said.

“The big problems we have are… low-tech asymmetric threats that they are very effective at exploiting, which they are already doing — they have been doing despite sanctions,” Obama said.

Obama pointed out lifting sanctions might even hurt Iran’s Islamic Revolutionary Guard Corp (IRGC), which in part due to sanctions had created a monopoly over many parts of the economy.

“They have got their own revenue sources that they have been able to develop, some of which may actually lessen as a consequence of sanctions relief,” Obama said.

The president concluded Iran’s leaders would likely focus sanctions relief on the embattled economy, and Iranian public expected that lifting of sanctions would relieve pressure on the economy and business.