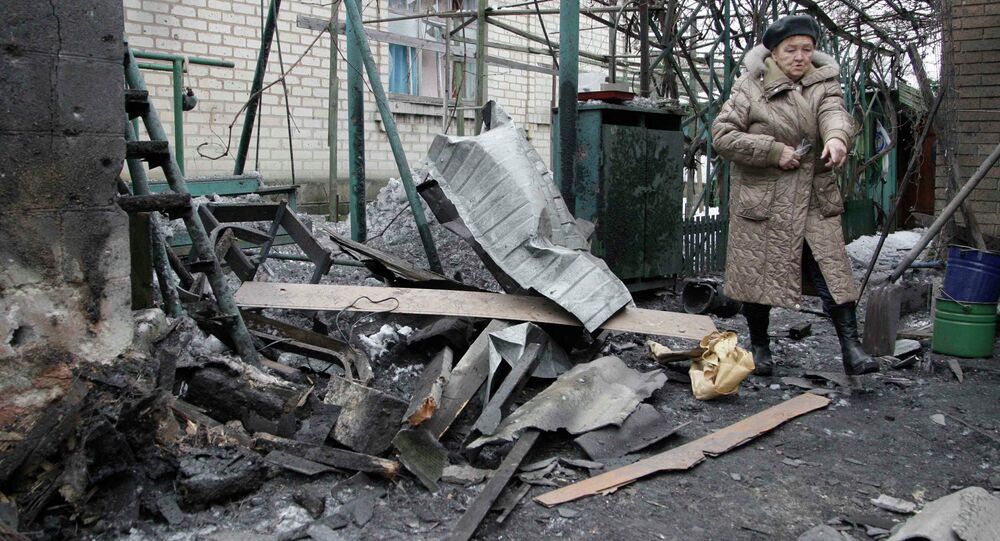 The Ukrainian parliament on Thursday has approved a legislative act on the country’s regression on human rights violations in eastern Ukraine and has instructed the Foreign Ministry to inform the United Nations.

KIEV (Sputnik) – According to an explanatory note accompanying the legislative act, the conduction of "anti-terrorist operations" in particular parts of the Donetsk and Lugansk regions are not in compliance with Ukraine’s obligations in regard to the protection of human rights.

“Thus, Ukraine is exercising its right to regress from the obligations defined…in the international pact on civilian and political rights…in certain regions of the Donetsk and Lugansk regions of Ukraine,” the explanatory note reads.

© Sputnik / Mikhail Palinchak
'Not by Force Alone': Poroshenko Mulls New Options for Donbass Settlement
The government instructed the Ukrainian Foreign Ministry to inform the UN of the act.

"Ukraine retains its right to take measures that may be the foundation for regressing from its obligations according to other articles of international agreements. The Ukrainian Foreign Ministry is instructed to inform the UN Secretary-General and the Secretary-General of the European Council on the approval of this announcement,” according to the document.

Human rights violations became commonplace in Ukraine after Kiev launched a military operation in April 2014 to suppress the people of Donetsk and Lugansk regions for refusing to recognize the coup-imposed government.

© Flickr / Pablo Andrés Rivero
NGO Finds Link Between Neo-Nazism in Eastern Europe and NATO Expansion
According to the UN High Commissioner for Human Rights, the conflict in eastern Ukraine has left more than 6,200 people dead and over 15,600 injured.

Moscow repeatedly stressed the need to address numerous human rights problems that Ukraine currently faces including the spread of neo-Nazism, the killings of journalists and opposition politicians and repression of the Russian-speaking population.

In April, Russian Foreign Ministry's Special Representative for Human Rights, Democracy and the Rule of Law Konstantin Dolgov urged Western powers to acknowledge the dire humanitarian crisis in Ukraine, and take "concrete steps" so that Kiev acts in compliance with its international obligations.