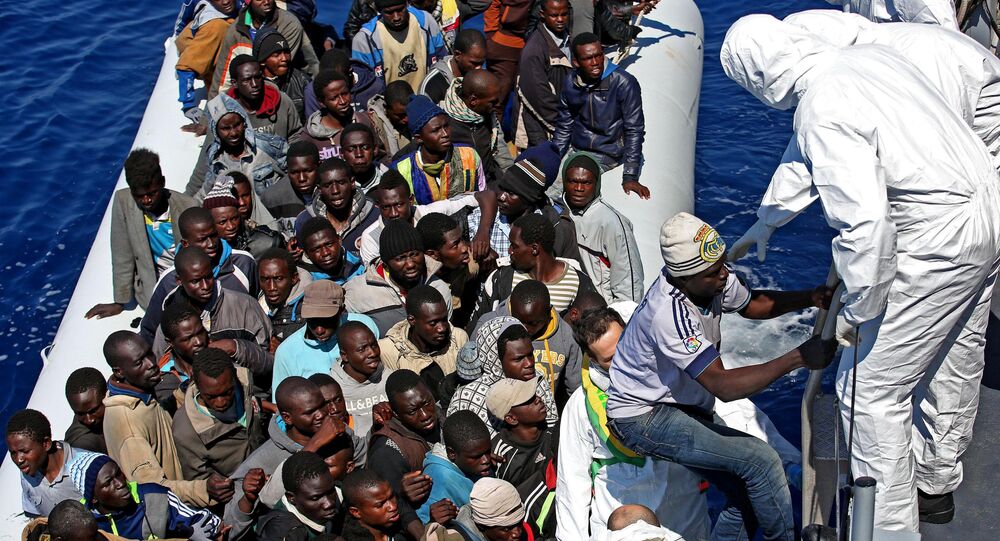 The EU is currently looking for a UN mandate to authorize military action to detain or destroy vessels that are part of criminal networks that smuggle refugees from North Africa and the Middle East across the Mediterranean Sea to Europe.

BRUSSELS (Sputnik) — Russia will not allow any ambiguity to remain in the text of a possible UN Security Council mandate on the use of force against human traffickers' boats in the Mediterranean, Russian Foreign Minister Sergei Lavrov said at a session of the Council of Europe in Brussels on Tuesday.

"Given the past experience of these kind of appeals to the Security Council, we will closely monitor all the nuances of this likely situation to ensure that the mandate that may be given by the Security Council to the European Union will not contain any ambiguities."

The move was prompted by a recent tragedy in the Mediterranean Sea, where a boat carrying some 900 EU-bound migrants capsized while heading from Libya to Italy, resulting in the deaths of almost all on board, with only 28 rescued.

The International Organization for Migration estimates suggest that a total of 1,727 migrants have died at sea since the beginning of 2015.