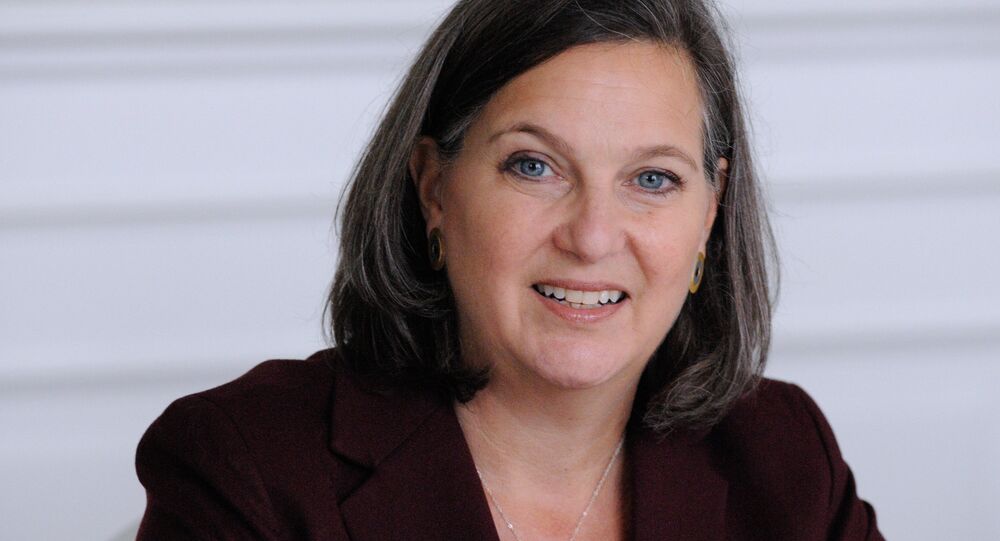 Assistant Secretary of State for European and Eurasian Affairs Victoria Nuland will visit Moscow on May 17 and 18 to discuss the implementation of the Minsk peace agreements on Ukraine, the US State Department said in a statement Sunday.

MOSCOW (Sputnik) — During her visit, Nuland will meet with senior Russian government officials and civil society representatives. In addition to the Ukraine peace process, she is set to discuss bilateral US-Russian issues.

Relations between Russia and the United States have soured over the last year amid the situation in Ukraine. Washington has accused Moscow of meddling in the armed conflict in Ukraine's southeast, a claim repeatedly denied by the Russian side.

After numerous breaches of a previous ceasefire agreement, signed in September 2014 in Minsk, Ukraine’s warring sides signed a new truce deal in mid-February.

The new agreement was outlined during lengthy talks between the leaders of Ukraine, Russia, France and Germany, who met in the Belarusian capital in a bid to find a solution to the Ukraine crisis.