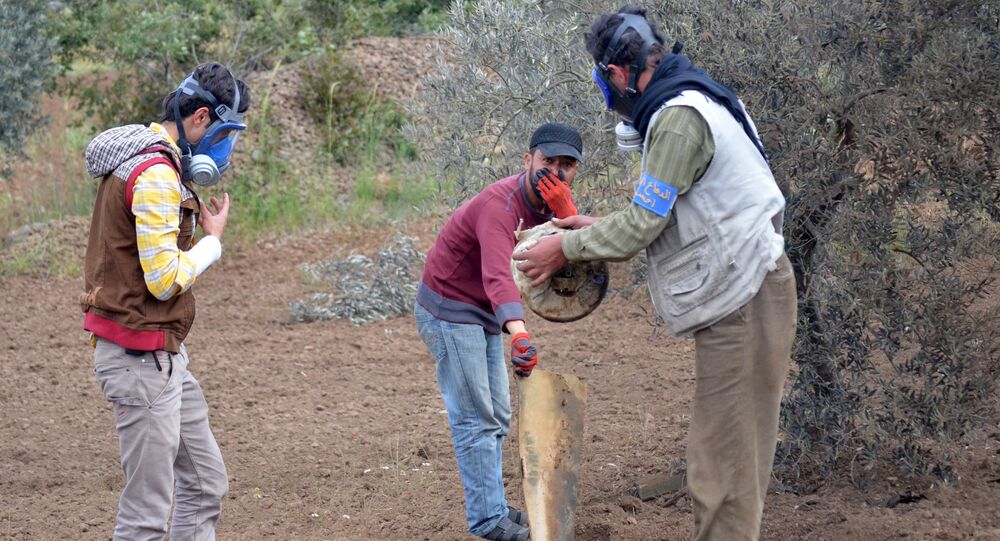 The United States will reach out to countries like Russia to stop Syrian President Bashar Assad from reportedly using chorine in bombs because such a practice might have the same effect as chemical weapons, US President Barack Obama said at a press briefing.

WASHINGTON (Sputnik) — Chlorine itself, Obama explained, historically has not been listed as a chemical weapon, but the way it has been reportedly used in Syria, it may have the effect of a chemical weapon.

The United States is working to investigate the allegations with the organization responsible for ensuring that the Syrian government complies with the chemical weapons ban agreement.

“It is true that we’ve seen reports about the use of chlorine in bombs [in Syria],” Obama said on Thursday.

“We will reach out to patrons of Assad, like Russia, to put a stop to it.”

Obama also said that the United States was prepared to take military action in the past to prevent Assad from using chemical weapons.

“The reason we did not was because Assad gave up his chemical weapons. That’s not speculation on our part, that in fact has been confirmed by the organization internationally that is charged with eliminating chemical weapons.”

Countries in the region are not disappointed that Assad no longer possesses one of the “biggest stockpiles of chemical weapons of any country on earth,” Obama noted.

Earlier on Thursday, US Deputy National Security Advisor Ben Rhodes said that the White House has not independently confirmed reports of alleged use of chemical weapons by Syria.

On Monday, White House spokesperson Josh Earnest said that Russia had convinced the Assad regime to dispose of its chemical weapons stockpile, in a clear example of the benefits of US-Russia cooperation.

Syria joined the Organization for the Prohibition of Chemical Weapons (OPCW) and agreed to destroy its chemical weapons arsenal after a Sarin gas attack near Damascus in August 2013 killed more than 1,000 people. The Syrian government and rebel forces have traded blame for the attack.

Chlorine Leaks at Factory in Indian Town, More Than 35 Taken to Hospital