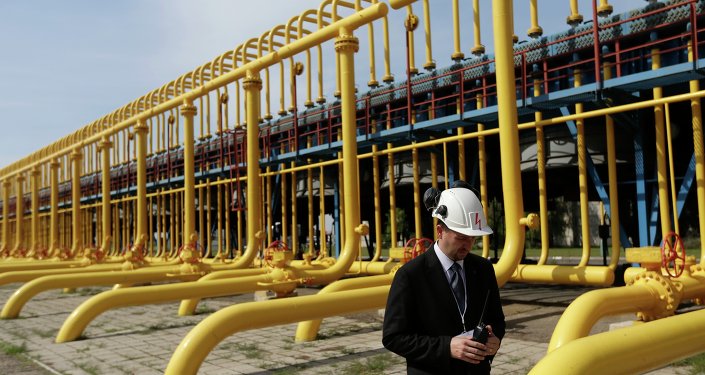 "Talks with Serbian President Tomislav Nikolic, Prime Minister Aleksandar Vučić, and First Deputy Prime Minister and Foreign Minister Ivica Dacic will give them a chance to "check their watches" on the main aspects of bilateral and international agendas, assess the dynamics of realizing agreements reached earlier, and outline the further development of relations," Lukashevich told RIA Novosti in an interview.

The Russian Foreign Ministry's spokesman added that Lavrov's upcoming visit will allow him to "exchange opinions with Serbia's leadership on a broad range of bilateral issues, including in the light of the outcome of Russian President Vladimir Putin's visit to Serbia on October 16, 2014."

Lukashevich said that in 2014, trade turnoverbetween Russia and Serbia saw a 7.6-percent increase compared to the 2013 figure, and that Russian exports to Serbia grew by almost 20 percent.

"In light of the restrictions on agricultural imports from the EU member states imposed by Russia as a response to the Western sanctions, the situation proved favorable to increase shipment of respective goods from Serbia," Lukashevich said.

According to Lukashevich, the cooperation between Moscow and Belgrade in international affairs is advancing, despite Brussels' anti-Russia policy.

"Belgrade does not see its aim for the European Union membership as an obstacle for further strengthening of its ties with Russia or coordinating with us its approach toward global and European issues. Serbia did not join the anti-Russia sanctions of the European Union and took a restrained stance regarding the situation in Ukraine," Lukashevich said.

Brussels has introduced sanctions against important sectors of the Russian economy, accusing Moscow of fueling the Ukrainian conflict — a claim, denied by the Kremlin.

Lukashevich added added that the issues of peace and stability in Balkan region and especially the settlement in Kosovo will have a special place in the Russian-Serbian dialogue.

"Serbia can still fully count on Russia's support in the issues of protecting its sovereignty and territorial integrity with regard to Kosovo," he concluded.

Kosovo declared independence from Serbia in 2008 and is recognized by 108 UN member states, while Serbia considers Kosovo to be part of its territory. Dozens more countries, including Russia, do not recognize Kosovo's independence.