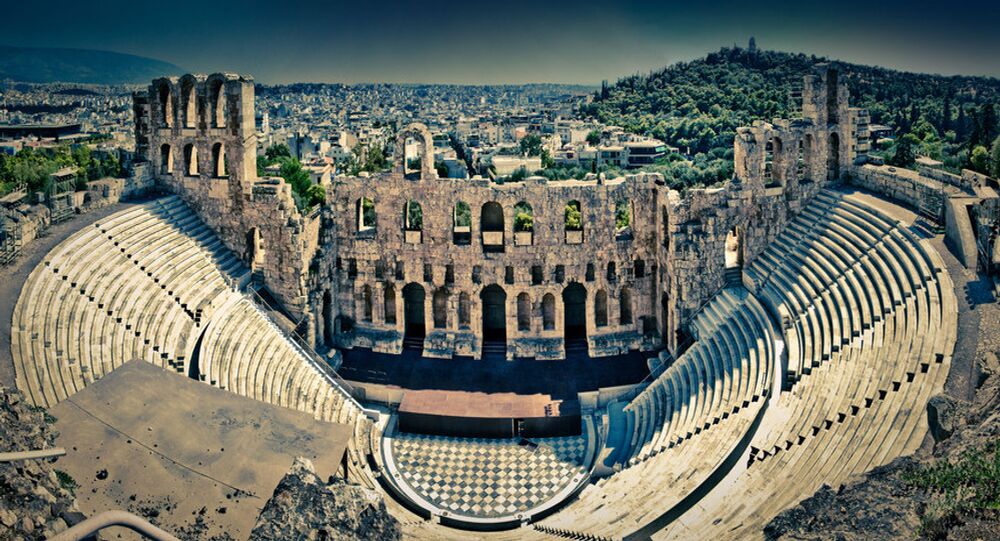 Athens Grateful to Moscow for Providing Documents on German Occupation

During his visit to Russia in March, Isihos, who is also a co-chair of the Russian-Greek Joint Interministerial Commission had a meeting with his Russian counterpart, Transport Minister Maxim Sokolov, and made an official request asking Moscow to provide Athens with archive documents on German occupation that might be able to aid Greece in receiving reparations from Berlin.

© AFP 2020 / RONNY HARTMANN
Athens Hails German President's Calls on Reparations to Greece for Nazi Occupation
"I would take this opportunity to thank the Russian government for its very quick response to the very kind [inquiry] I made during my last visit to Moscow," Isihos said.

The Greek deputy defense minister added that he and Russian Ambassador to Greece Andrey Maslov are planning to visit the National Greek Archives next week.

Isihos said that the archive materials Greece has had since 2006 and the new documents that are to be translated and evaluated by the Russian side will contribute to finding a solution to the reparation issue.