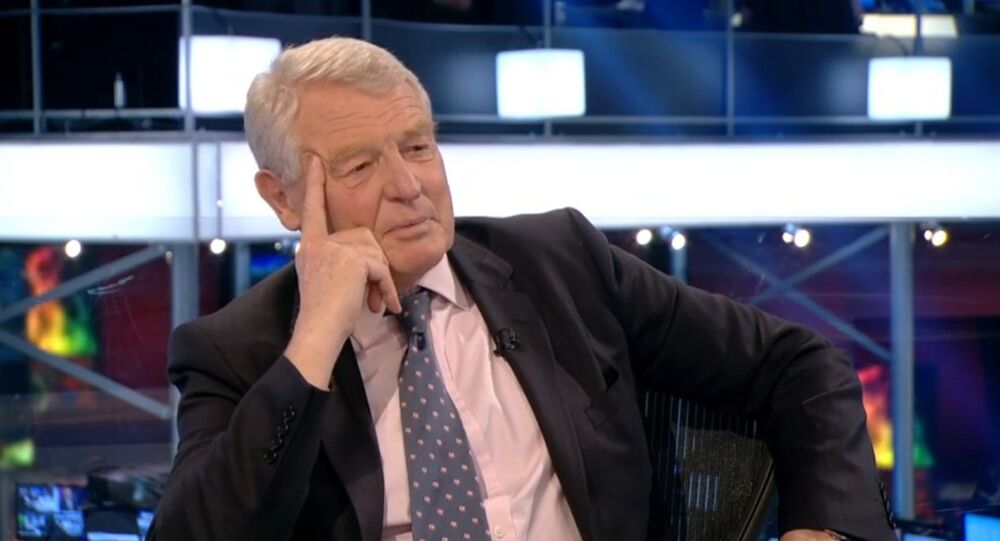 Feeding Time: Five Politicians Who Will Eat Just About Anything

Former Liberal Democrat leader Paddy Ashdown kept his promise to eat his hat, albeit a chocolate one: he is not the only politician with a taste for apparel, as our list shows.

© AFP 2021 / JUSTIN TALLIS
Miliband, Clegg and Farage: All Casualties of Cameron's UK Election Rout
"If this exit poll is right, Andrew, I will publicly eat my hat on your program," said former Liberal Democrat leader Paddy Ashdown during UK election coverage on Thursday, when presented with the results of an exit poll which predicted a clear Conservative victory, 58 seats for the Scottish National Party and just ten for the Liberal Democrats.

After the exit poll was proved right, on Friday Ashdown was handed a chocolate hat to eat.

"I won't eat my hat, but I'll eat my kilt if they [the SNP] get 58 seats," said former director of communications for the Labour Party and right hand man to Tony Blair Alistair Campbell, in the same program.

Ashdown and Campbell are not the first to promise to eat items of clothing in the course of election excitement: last year Bolivian presidential candidate and former President Jorge "Tuto" Quiroga promised to eat his watch if "six out of 10 Bolivians" voted for the incumbent President, Evo Morales, who in the event was re-elected with 61.36 percent of the vote.

In this tweet, Bolivian journalist Tuffi Are says "Tuto says he will wait for the official figures came out before he eats his watch. He promised me he would eat his tie as well and it is on record."

© Photo : BBC screenshot
Saakashvili chewing his tie as he waited for a BBC interview.
Another politician with a taste for clothes is former Georgian President Mikheil Saakashvili, who was pictured chewing his tie as he waited to be interviewed on TV. When Australian Labor Party politician Gary Gray felt a pang of hunger during a 2013 session of parliamentary Question Time, the accessory he felt most appetizing was a strand of his own hair, as this video shows.
...
Reddit
Google+
Blogger
Pinterest
StumbleUpon
Telegram
WhatsApp
84