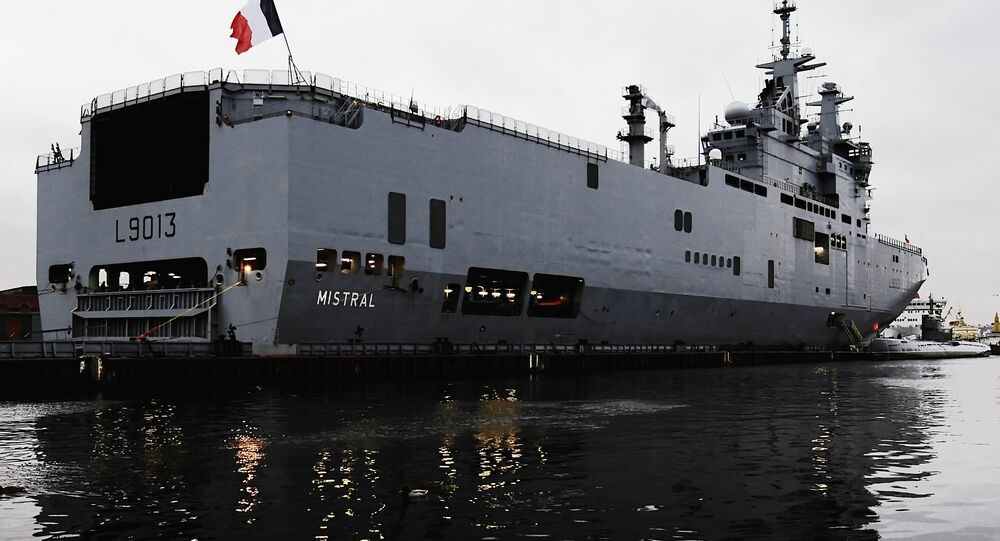 Earlier this week, French media reported, citing an unnamed source, that Paris considered dismantling the two Mistral ships, commissioned by Russia, or selling them to a third party.

"Without our permission they cannot sell anything," Rogozin told journalists, adding that he had already explained this to the French side.

The deputy prime minister specified that Russia had the end-user certificate for the stern parts of the ships, which were built in St. Petersburg before being transported to France for further assembly.

© AFP 2020 / GEORGES GOBET
That Sinking Feeling: What Can France Do With Its Two Surplus Mistrals?
Rogozin also said that France is unable to use the Mistral ships for its own purposes, as they were built and adapted to meet the specifications provided by the Russian Navy.

Russia and France signed a $1.3-billion deal for two Mistral-class ships in 2011. The handover of the first vessel was scheduled for November 2014, but French President Francois Hollande put the delivery on hold over Moscow's alleged role in the Ukrainian crisis, a claim denied by the Kremlin.

Last month, President Hollande said Paris would return Moscow's payment for the warships if the contract is terminated.