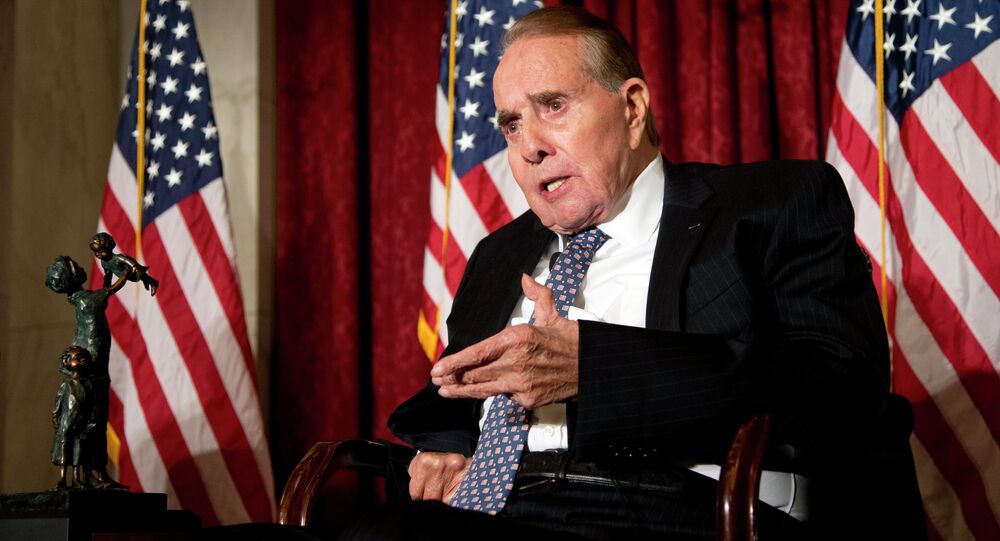 Former Republican presidential candidate and WWII veteran Bob Dole said that it is necessary for Washington and Moscow to reestablish good relations.

© Sputnik / Anton Denisov
Former UK Ambassador to Russia Laments Western Boycott of V-Day Parade
WASHINGTON (Sputnik) — The Soviet Union made the most significant sacrifice in World War II, and lost generations of its men, former Republican presidential candidate and WWII veteran Bob Dole told Sputnik at the commemoration ceremony for the 70th anniversary of the victory in Washington DC.

"You [Soviet Union] lost millions of people, and you made the greatest sacrifice. Huge losses… generations of young men," Dole said.

During the WWII, Dole was a platoon leader in the Tenth Mountain Division in Italy. In 1945, he was wounded on the battlefield, and was decorated three times.

"We would not have made it without each other in WWII," Dole said.

© Sputnik / Aleksey Nikolskyi
Russia Grateful to Allies in Anti-Hitler Coalition – Putin
The veteran stressed that it is necessary for Washington and Moscow to reestablish good relations.

"We have got to get back together again. We are both good people in each country. We just have to somehow get [Vladimir] Putin and [Barack] Obama or the next president maybe to have another reset," Dole said.

Relations between Moscow and the West deteriorated amid the Ukrainian crisis, with western powers accusing Russia of meddling in the conflict. Moscow has repeatedly denied the allegations.