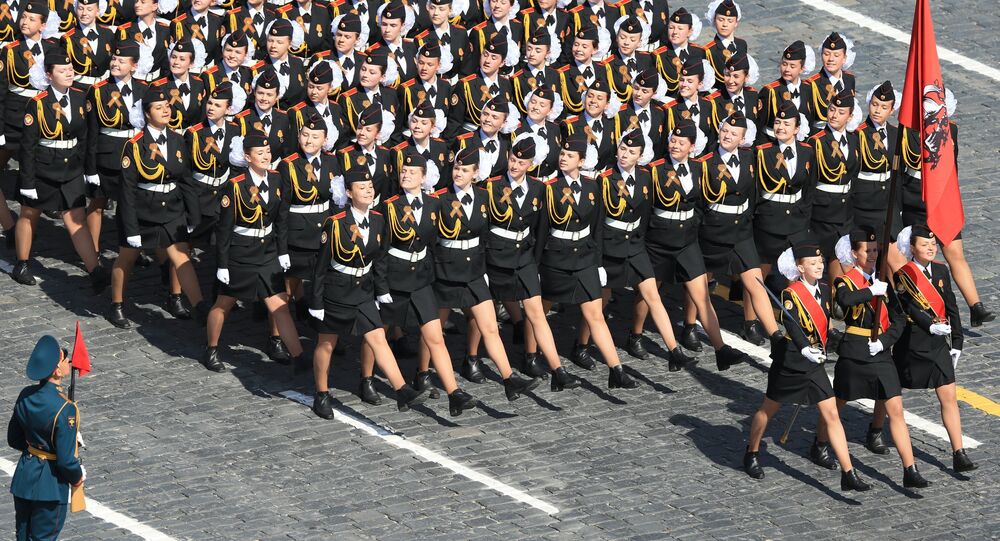 Sir Tony Brenton, former British ambassador to Russia, said that he hoped relations between Russia and Britain, as well as other Western states, improve "fast enough to attend future such anniversaries" such as the 70th anniversary of Victory in World War II.

© Sputnik / Aleksey Nikolskyi
Russia Grateful to Allies in Anti-Hitler Coalition – Putin
LONDON (Sputnik), Anastasia Levchenko — It is a shame that political tensions have prevented major Western leaders from paying tribute to World War II heroes by participating in the May 9 Victory Day celebration in Moscow, Sir Tony Brenton, a former British ambassador to Russia, told Sputnik in an interview.

"It is a pity, obviously, because it is a very big anniversary for Russia. Russia played the central role in the war, and it is a shame that the state of our relations make it politically impossible for our leaders to be there," Brenton said.

The former ambassador added that he hoped relations between Russia and Britain, as well as other Western states, improve "fast enough to attend future such anniversaries."

© Sputnik / Maxim Blinov
Victory Day Parade in Moscow
Later on Saturday, Russian President Vladimir Putin is expected to meet with the leaders of Egypt, Vietnam, India, South Africa, and the Czech Republic, as well as the UN secretary-general, who all arrived in Moscow.

UK Prime Minister David Cameron and US President Barack Obama are among those who had declined the invitation to participate in the parade.

Victory Day Celebrations to Start in United States on Thursday