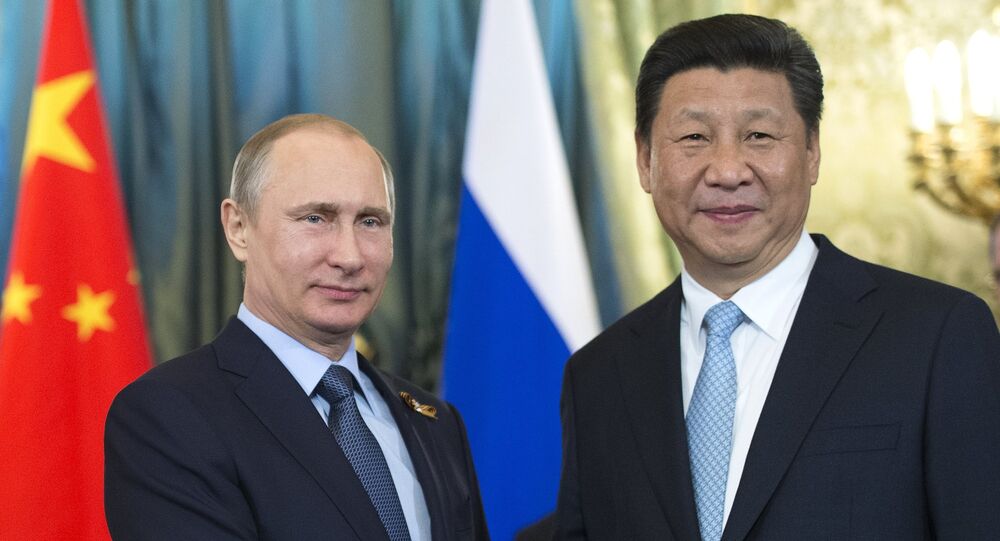 Russian president Vladimir Putin said that the cooperation between Russia and China is simply the joint work of two nations that share common interests.

"The relationship has reached a high level, the relations between our countries are, as we often say, [have reached] an unprecedented level," Putin said in an interview with the television channel Rossiya-24.

© Flickr / Mark Turner
Russia, China Setting up $2 Bln Agriculture Projects Joint Investment Fund
The new film explores the history of the two countries, tracking the course of how their relations evolved since the 17th century, fluctuating from complete isolation to friendship. Russia and China both paid great tolls for the victory in World War II and share a very close relationship nowadays.

Putin states in the film that the cooperation between the two countries is not aimed against anyone in particular, but is simply the joint work of two nations that share common interests. Chinese Leader Xi Jinping stresses that it is important to strengthen contact and cultural exchanges so that their people could learn about each other’s national character and spiritual quests.

Earlier this month, China's deputy foreign minister, Cheng Guoping, said that relations between China and Russia are based on shared principles and are a good example to other world powers.