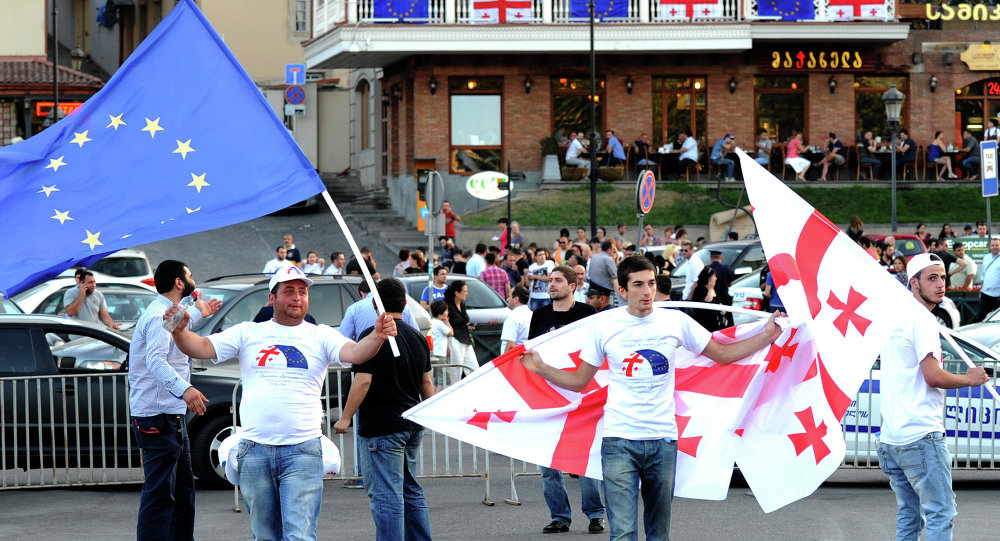 Georgia has sent an official letter to Brussels, expressing hope that its visa regime with the European Union will be eased.

TBILISI (Sputnik) – Georgia has sent an official letter to Brussels, expressing hope that its visa regime with the European Union will be eased after the upcoming European Partnership summit in Riga.

© Flickr / Will Bakker
EU Has No Plans to Open Borders to Ukraine, Georgia Any Time Soon
Georgian authorities are expressing hope that "the European perspective will be recognized" and "significant progress" on the easing of the visa regime will be solidified at the Riga summit, that will "show that the EU is committed to the fundamental norms and principles," the letter says.

The Eastern Partnership summit of EU and ex-Soviet countries will take place in the Latvian capital on May 21-22.

The partnership is an EU initiative with a stated goal of strengthening relations with its neighbours in Eastern Europe and Southern Caucasus – Armenia, Azerbaijan, Belarus, Georgia, Moldova, and Ukraine — by providing a venue for discussions on economic and socio-political issues.

Brussels claims the initiative is not anti-Russian, but is merely a response to the member countries' desire to deepen their ties with the 28-nation Union.

At the end of last month, Russian Foreign Ministry spokesperson Alexander Lukashevich said that Russia's reaction to the Riga summit will be firm, as the meeting has a pronounced anti-Russia sentiment.