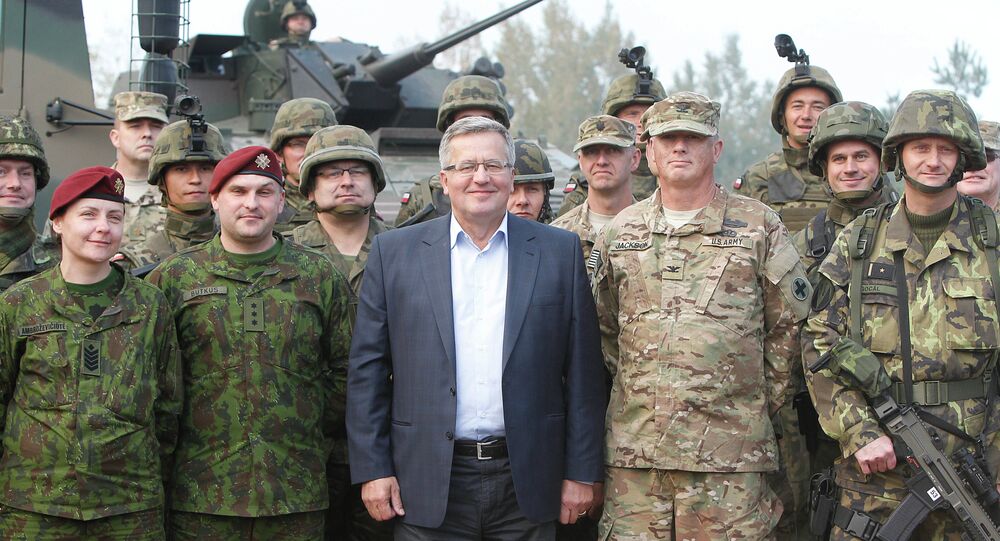 Doing some last-minute campaigning ahead of Sunday's presidential elections, President Bronislaw Komorowski stated Tuesday that Poland must do all it can to strengthen its borders and be prepared to repel 'little green men' from the Russian armed forces, Polski Radio reports.

Carrying out a border post inspection near the northern city of Elblag, which borders the Russian exclave region of Kaliningrad, Komorowski stated that Poland must "harness the potential of the border guard in case of the appearance of [Russian] 'little green men'." The president noted that border services must be beefed up and equipped with "state of the art equipment…to answer all sorts of crises," including the appearance of the Russian military, "before they become a reality."

The Polish president also claimed that Russian actions "against its neighbors resulted in the Russian-Ukrainian crisis, which now affects the security of all of Europe, of the whole Western world, including Poland's security." He noted that Poland "should draw lessons from the situation in Ukraine" and that the border guard should prepare "for difficult times ahead."

The president's increasingly hardline stance against Russia has been severely criticized by his political opponents ahead of presidential elections May 10. Magdalena Ogorek, presidential candidate from the social democratic Democratic Left Alliance (SLD), the third party in the country's parliament, blamed Komorowski for the collapse of Polish-Russian relations, stating that the tone of his government's statements and his saber-rattling have worked only to "fuel mutual animosity."

© AFP 2021 / JANEK SKARZYNSKI
Polish Presidential Candidate Blames Warsaw for Ruining Ties With Moscow
Earlier this week, Komorowski stated that Moscow's planned military parade in honor of the 70th anniversary of victory in the Second World War would serve as a "demonstration of force," commenting that it would be a "flexing of muscles" by military forces which "recently committed aggression in neighboring Ukraine." Commenting on the president's statements, SLD chairman Leszek Miller stated that his party's campaign was about "standing up to the anti-Russian diarrhea that is affecting the incumbent president and all the right-wing politicians."

Along with the Baltic states, Poland's conservative political establishment has been at the forefront among European nations in accusing Russia of invading Ukraine, something Russia has repeatedly denied for lack of credible evidence.